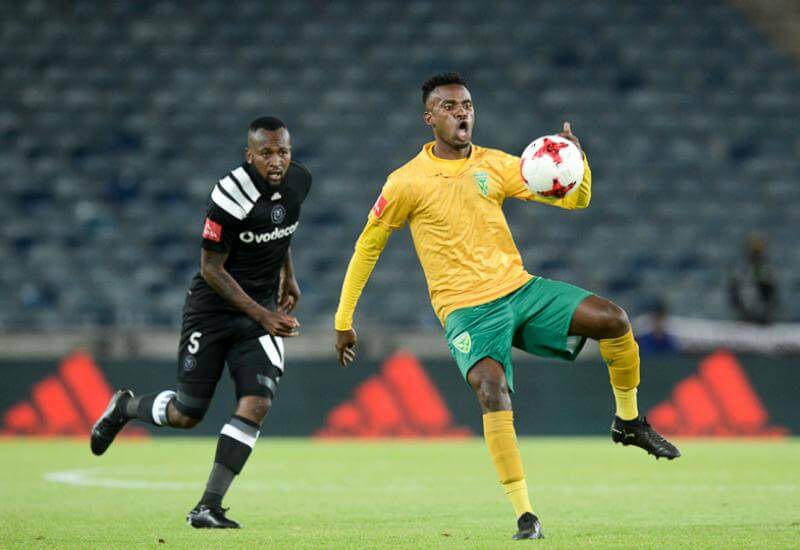 Orlando Pirates were held to a goalless draw at home against Golden Arrows in an Absa Premiership encounter played at the Orlando Stadium on Tuesday evening.

The draw stretches the Buccaneers winless run in the league to six matches. With this draw however, Micho Sredojevic’s men still trail log leaders Baroka FC by three points.

Despite good touches from the hosts in the early stages of the contest, they did little to test Arrows goalkeeper Nkosingiphile Gumede in the first 10 minutes. However, three minutes later Thabo Matlaba had his powerful left-footed effort saved by the keeper.

In the 27th minute Thabo Qalinge dribbled past four Arrows defenders into the box, but was let down by his final shot at goal which went straight at Gumede who cleared the danger.

Just after the half-hour mark Pirates lost the ball in the midfield and allowed Kudakwashe Mahachi to make a dangerous run into the box, only to see his final touch swallowed by keeper Jackson Mabokgwane.

Arrows resorted to long range efforts and Mabokgwane was called to produce a fine save to deny Zolani Nkombelo in the 41st minute.

In the 62nd minute, Pirates intensified their probe for a goal and saw a Musa Nyatama effort saved by Gumede - the rebound fell for an unmarked Justice Chabalala whose effort sailed over the crossbar from close range.

The Soweto Giants tried to pull out all their tricks in search of a winner, but were unable to break the deadlock.

In the wake of the stalemate, Sredojevic's men now occupy the sixth spot on the table with 15 points from 11 matches in their campaign.