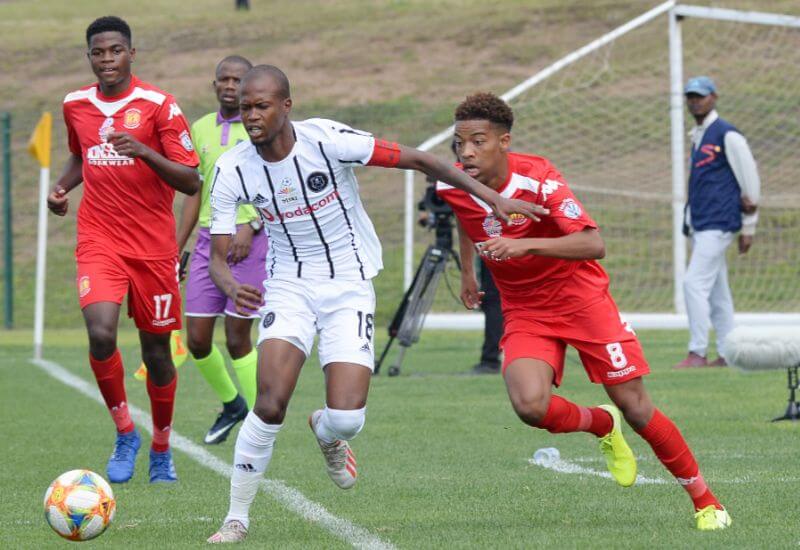 Durban proved to be an unlucky destination for the MDC Bucs, who went down to Highlands Park at Princess Magogo Stadium on Saturday.

Orlando Pirates Reserves were looking for another three points, that would have seen them topping the league, but instead suffered a 1-0 defeat to the Lions of the North.

The first real chance for Pirates came via the increasingly impressive Lehlohonolo Sepeng, who danced through the Highlands' defence before unleashing a shot. His effort was deflected on its way to goalkeeper Siyabonga Gumede, who was alert enough to pull off a fantastic save to keep him out.

Nkosinathi Temba was another one to come close for the Buccaneers when, after nifty interplay with Simo Bophela, his shot rattled the crossbar around the half-hour mark.

With both sides threatening throughout the first half, there would be nothing to show for it as they went to the break goalless.

It would take a defensive slip-up from the Soweto giants in the 60th minute, where the Lions of the North broke the deadlock.

After a mistake down the left flank, Kutlwano Ntholeng was on hand to collect a cross into the box and deflect it in for the opener.

It would take another 15 minutes before Pirates had a chance at an equaliser, when Sepeng delivered a cross into the box, which was met by Bophela before Sifiso Luthuli had a touch, which was dealt with by Gumede.

Moments later, the Buccaneers were given an advantage in numbers, with Highlands Park defender, Siphamandla Ncanana given his marching orders after receiving a second yellow after a brutal challenge on Luthuli.

With a one-man advantage, time proved to be the enemy for the Bucs as they were unable to make that count, succumbing to their second defeat of the season.