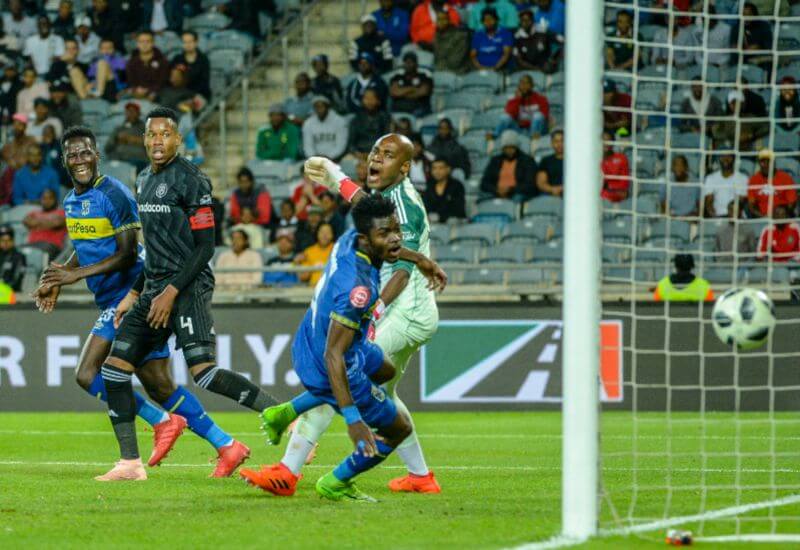 Orlando Pirates threw away a comfortable two goal lead to draw 2-all with Cape Town City in an Absa Premiership clash played at the Orlando Stadium tonight.

They say experience is a great teacher but her fees are very high. This is a heavy lesson Micho Sredojevic and his charges will need to take in, going into the next matches.

Pirates players dominated proceedings in the first half only to be replaced by their shadows in the second, to allow the visitors an opportunity to claw themselves out of a hole and take with them a point back to Cape Town.

Goals from Augustine Mulenga and Innocent Maela in the first half were cancelled out by a second half brace from forward Ayanda Patosi.

The Buccaneers stormed into a strong lead within the opening 16 minutes, but in the second stanza they allowed the Citizens to fight back and salvage a share of the spoils thanks to two great goals from Ayanda Patosi.

Pirates claimed the lead as early as the 8th minute, as a long ball over the top of the defence from Thembinkosi Lorch allowed Augustine Mulenga to run into space and direct a left-footed effort beyond Peter Leeuwenbergh.

The Buccaneers doubled their advantage in the 16th minute when a deep corner kick found Innocent Maela unmarked at the back post, and the defender steered a header into the back of the net with City’s defence all at sea.

The hosts looked like they could go on to really punish the Cape side, but they took their foot off the pedal and the score remained 2-0 at the break.

Soccer scribes usually joke about coaches and their template-like post-match comments, one of those famous lines being : “It was a game of two halves”.

This time however, it was literally the case, with the Citizens coming out of the half much the better side while the hosts played second fiddle on most plays in the second stanza.

Patosi netted his first goal in the 69th minute with a volley on the edge of the box and his second just eight minutes later from a free kick.

Pirates could have made it 3-2 shortly afterwards when Luvuyo Memela released teammate Linda Mntambo away on goal but ‘Figo’ struck his shot wide with the keeper at his mercy.

The result sees the Soweto giants move up to third on the log on 11 points – two points behind log leaders Bidvest Wits albeit the Students have a game in hand.

Next up for Pirates is an away trip to Polokwane where they will face Baroka on Saturday.