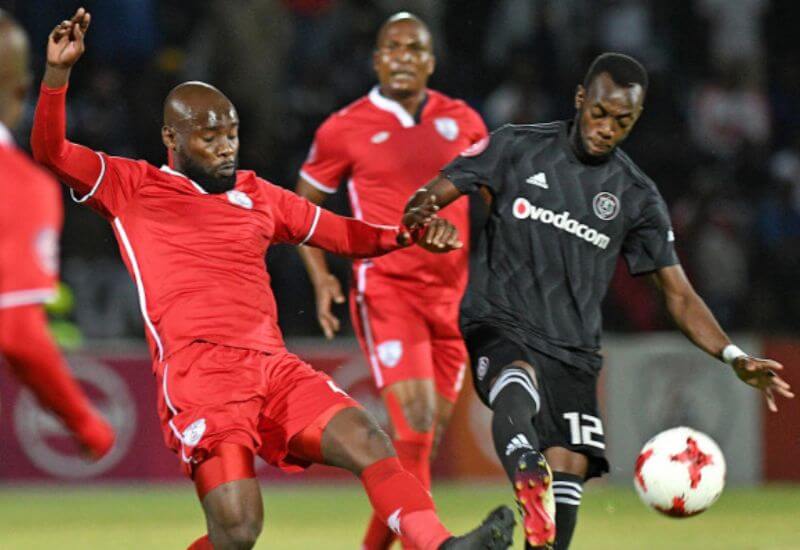 Orlando Pirates came to Bethlehem with one mission and that was to redeem themselves following their disappointing defeat in the Telkom Knockout at the weekend. They and did just that, and in emphatic fashion as they defeated Free State Stars 3-1 in an Absa Premiership match clash played at Goble Park on Tuesday evening.

Thembinkosi Lorch fired the visitors in front with a well-orchestrated goal, then it was the turn of Justin Shonga before the stroke of half time. The final nail in the EaLla Koto coffin came late in the second half courtesy of Linda Mntambo.

As much as this was a mini Operation of Redemption for the Buccaneers, they came into this encounter knowing very well of the uphill task that lay ahead. This after all, was a venue that the Buccaneers had failed to register a win in four years.

The visitors signaled their intentions as early as the 14th minute with a goal straight out of the training session.

Shonga played a low ball across goal for Lorch, and the Bucs attacker wasted no time as he drove a thunderous shot past the defence and goalkeeper, Badra Ali Sangare.

The visitors continued to pile on the pressure and it was no surprise when they made it 2-0 ten minutes later – this time it was Shonga to benefit from another rewarding attack.

Half time score was 2-0 to Pirates.

The old adage of ‘a game of two halves’ played itself out on the night as Stars – who were outplayed in the first stanza took complete control of the second.

It took the hosts only eight minutes after the restart to pull one back after a cross from Jantjie deflected off captain Happy Jele and past Siyabonga Mphontshane.

EaLla Koto gained confidence from the goal and almost found the equaliser through Jantjie however his venomous shot struck the bar with the keeper well beaten.

The momentum ceased for Stars in the dying stages of the game when they were reduced to 10 men after Sibusiso Masina was sent off having just come on for a studs up tackle on Mpho Makola.

Pirates wrapped up the game in the 90th minute when man of the match, Mntambo plucked the ball away from Mulenga and neatly chipped it over the onrushing keeper.