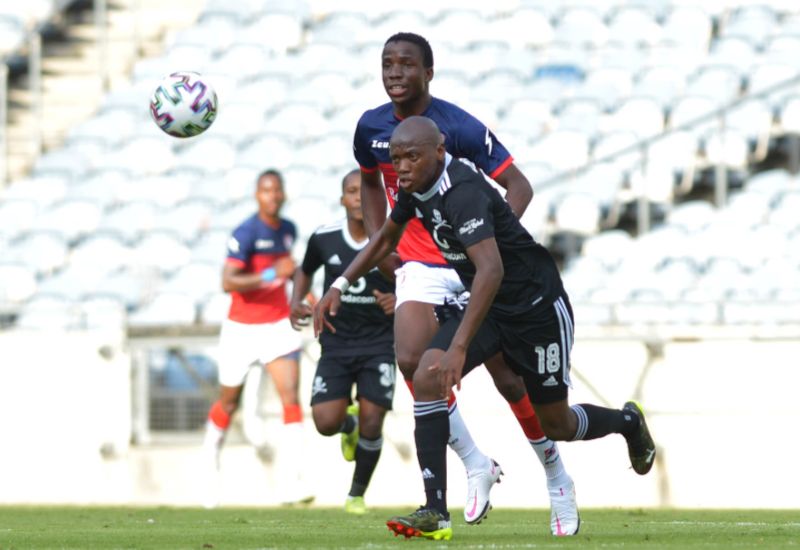 A solitary goal was the difference between Orlando Pirates and Botswana champions, Jwaneng Galaxy in the second leg of the CAF Confederation Cup playoff tie at Orlando Stadium on Sunday.

The 1-0 victory gave the hosts a 4-0 aggregate score after their comprehensive 3-0 victory over the same opponents in Gaborone a week prior.

Starting the fixture in a desperate position, Galaxy briefly took the game to the Buccaneers, with most of the play in the early stages taking place in the half occupied by the men in black.

Striker, Jean-Marc Mundele - who was starting his first game in Pirates colours - fired the first real shot in anger for the home side in the tenth minute, as his effort crashed into the side-netting as he gathered a loose ball inside the box.

Clear chances at goal were few and far between in the first half, and the best of the lot fell to the Congolese marksman, who linked up well with Austin Muwowo on the stroke of halftime, only for his shot to meet an alert Ezekiel Morake, who made a brilliant save from close range.

The second 45 began with the Buccaneers pressing forward, but struggling to find the decisive blow when it mattered.

This was until the 55th minute when Mntambo found himself one-on-one with the keeper, and composed himself well to pick a spot on his far post to open the scoring.

Muwowo - who had a busy afternoon on the wing - could have made it 2-0 just after the hour-mark, as he shot from close range, but could not send his effort wide enough of the keeper to find the net.

Another Bucs player who could have found himself on the scoresheet was Bongani Sam, who collected a rebound from the Jwaneng keeper, forcing him into another save with a shot that looked destined for the top corner.

No further goals were forthcoming in the end, as the Soweto Giants had to settle for a 4-0 aggregate score on their way to another appearance in the group stage, while Jwaneng's run came to an end.