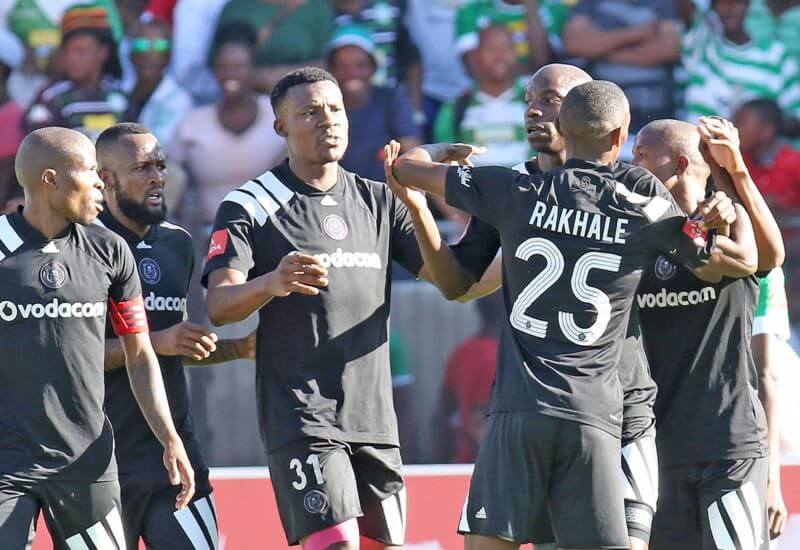 Orlando Pirates have finally halted their winless run following their 1-0 victory over Bloemfontein Celtic on Sunday afternoon courtesy of a Musa Nyatama strike.

With this victory the Buccaneers move to second place on the Absa Premiership table.

Nine years had passed since Pirates last landed an away victory to Phunye Sele Sele in a league encounter, and furthermore, the Buccaneers came into this match on the back of a six game winless run.

The match got off to a lively start with the visitors pressing Celtic in search of an early goal.

Thabo Qalinge had a chance to orchestrate an opener in the 9th minute after breaking through the Celtic defence however, instead of laying the ball off to Luvuyo Memela, the attacking midfielder took a shot which flew across the face of goal.

Celtic goalkeeper Patrick Tignyemb was called upon in the 16th minute to keep out a well taken free kick from Memela.

The Cameroonian goalminder had to be alert again ten minutes later when Thamsanqa Gabuza turned the Celtic defence to fire a shot at goal but it went narrowly wide of the target.

Neither keeper could be beaten in the first half as the teams went into the break with the score 0-0.

PhunyaSeleSele were the better side in the opening exchanges of the second half as they looked to break the deadlock.

The hosts were enterprising and lively in attack for the most part of the half, however for all their enterprising play their finishing left a lot to be desired.

They were made to rue those misses as a familiar face gave Pirates the lead in the 62nd minute. Musa Nyatama fired home from close range after leaping onto a loose ball in the box.

The hosts pushed for the equalising goal but Bucs Technical Team made tactical changes to sure up the midfield by introducing the defensive-minded Issa Sarr for attacker Mpho Makola.

Given Mashikinya had a chance to grab a late equaliser from a free kick in a promising area but he failed to make the set piece count.

The midfielder was then replaced by Celtic striker Tshegofatso Mabaso in the latter stages of the game as the hosts pressed for a late goal but the resolute Bucs defence kept the hosts at bay for the remainder of the match.