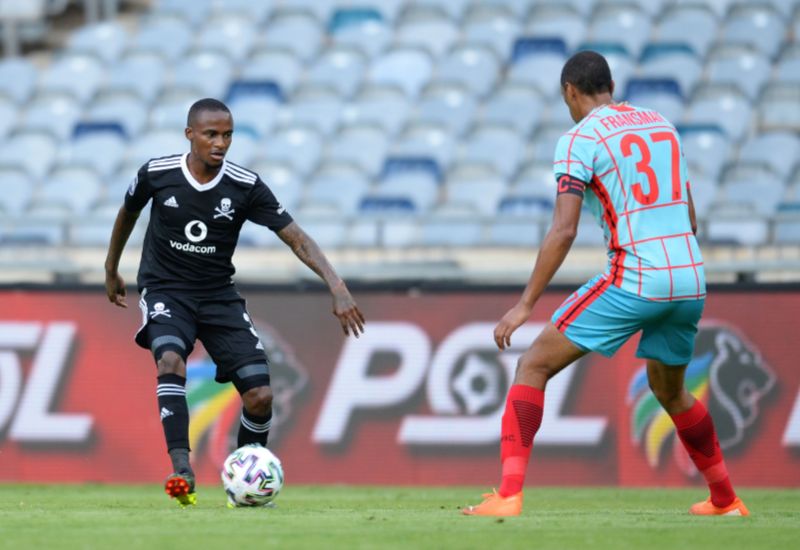 Orlando Pirates could only settle for a point at home after TS Galaxy held them to a 1-1 draw at Orlando Stadium on Tuesday.

The Buccaneers went in looking to continue their search for consistency after claiming three points away from home over the weekend.

They hit their stride early, putting together a few good touches in the opening exchanges before taking the lead inside the first ten minutes.

The goal came through defender Bongani Sam, who found himself unmarked inside the box, taking a first-time shot past Marlon Heugh to net his first for Orlando Pirates.

Galaxy almost responded immediately as Mxolisi Macuphu found a way past the defence, testing Richard Ofori, who made a brilliant save to preserve the lead.

It took the visitors until the 20th minute to equalise, as Masilakhe Phohlongo connected with a long ball from Luckyboy Mokoena, placing it out of Ofori's reach to make it one-all.

There were opportunities for the Soweto Giants to reclaim the lead later on in the first half, with Fortune Makaringe leaping high before misdirecting his header, while Deon Hotto tried his luck from distance, cutting inside before shooting with his left foot, but was denied by Heugh.

Continuing their search for a second, Pirates came out determined after the break.

Sam and Hotto combined well on a couple of occasions, with the Namibian international on the receiving end of some fine crosses from the fullback. However, none of them could be converted.

With the clock ticking down, Thembinkosi Lorch almost made it 2-1 spectacularly with an angled shot that fizzed past the upright on the far post in the 78th minuted.

It soon looked apparent that the two sides would have to settle for a share of the spoils, and it was indeed a point apiece in the end, with neither outfit managing to add to their first-half goal.

The result meant that the Buccaneers remained in fifth place ahead of their Soweto Derby clash against Kaizer Chiefs on Saturday.