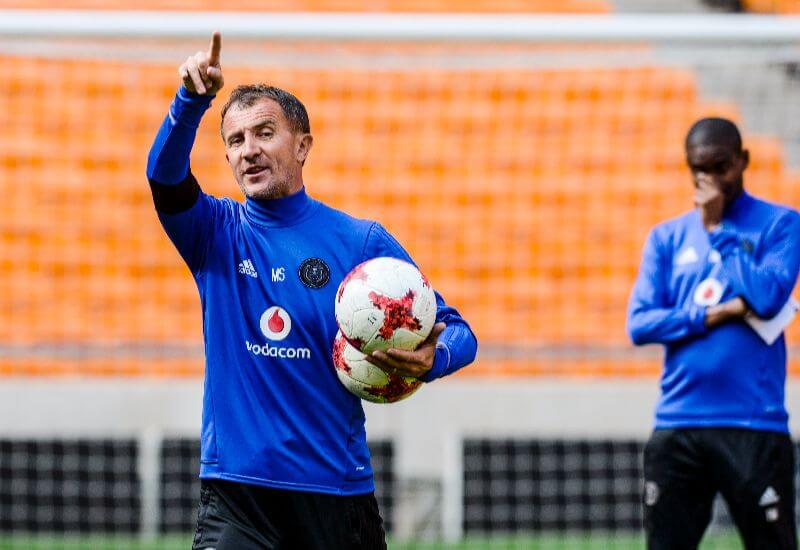 Orlando Stadium will be the backdrop for the matchup between second and third oldest clubs in the Absa Premiership when 80 year old Orlando Pirates take on 85 year old AmaZulu on Saturday evening.

Both teams are desperate for three points but for different reasons. For the Buccaneers, victory will see them keep up the pace with Mamelodi Sundowns and Chippa United for the top spot, while Usuthu who are currently sitting in 12th position,are well aware of the closeness of the league where three points could be the difference between a top eight spot and being pulled into the relegation battle.

Pirates come into this encounter on the back of a goalless draw against SuperSport United on Tuesday. The draw was Milutin Sredojevic’s seventh this season and his charges will need to start registering wins if they are to stand any chance of lifting the title at the end of the season.

In Usuthu, they face a team that is winless in their last three league encounters. Like Pirates they too have been struck by the draw bug. Five of their eleven matches played so far this season have ended in stalemates. The visitors also hold an unwanted record of having the third leakiest defence with the KZN based outfit having conceded 15 goals so far this season.

However, for any team to capitalise on Amazulu’s frailties, that team will need to have a level of competence in front of goal – something Pirates have failed to do so far this season.

Sredojevic’s charges have scored only 9 goals so far this season. This is the lowest return rate in all the teams in the top eight.

There’s no question, the likes of ThamsanqaGabuza will need to start finding the net with more regularity should the Buccaneers register what would only their fifth win of the season. The burly Bucs marksman is currently the club’s leading goal scorer with only three goals to his name while midfielder Thabo Qalinge is second with two (league goals).

Qalinge missed Pirates’ previous match due to injury and could make a return to the squad tonight provided he passes a late fitness test.

Meanwhile, tickets for this Absa Premiership encounter are currently on sale at Computicket and Shoprite Checkers outlets nationwide. R40 for general entry. Kickoff is scheduled for 20H15.