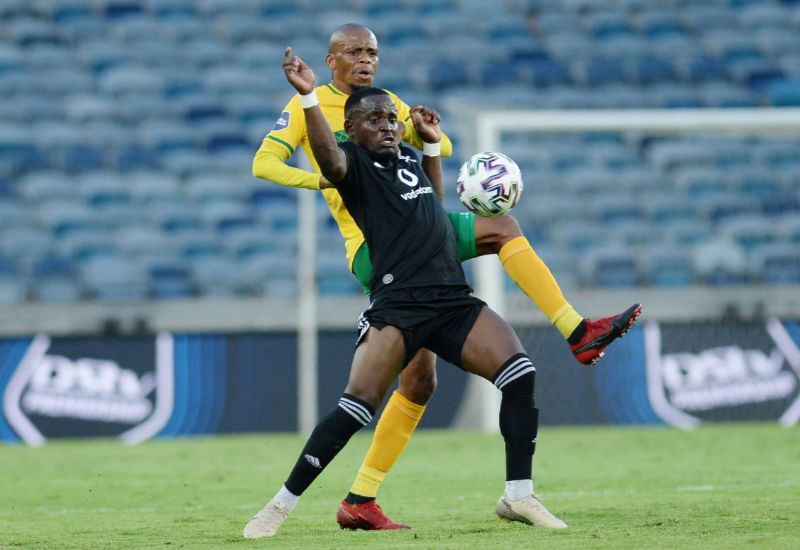 Orlando Pirates endured a frustrating afternoon at home in the DStv Premiership, with Golden Arrows holding them to a goalless draw.

After neither side managed to score in each of their two previous meetings, both were looking to break that duck in Soweto, with the hosts in search of redemption. This was after returning with their tails between their legs from the last of their most recent outings, a 2-0 defeat away to Black Leopards.

As early as the first minute, midfielder Fortune Makaringe seemed to have made the breakthrough after neat interplay down the left flank between Vincent Pule and Bongani Sam. However, the offside flag was already up by the time the midfielder shot towards goal.

There were several more probes made by the Buccaneers in the first half, with Sam serving a number of inviting crosses into the Arrows box.

The best of these came in the 36th minute, finding Thembinkosi Lorch, whose header evaded the keeper and looked to be on its way to the back of the net, only for the ball to bounce against the upright.

It was goalless at the end of the first 45 minutes, with most of the playing happening in the middle of the park.

The second half began with more of the same, as the Buccaneers sought to defeat a side that held them to two consecutive draws last season.

However, most of the attacking towards the end of the contest came from Arrows, who made a number of surges into the Bucs half.

Pule Mmodi unleashed a couple of long-range shots, but both sailed just wide as the breakthrough proved elusive for both sides.

With two minutes remaining, second-half substitute Deon Hotto looked to have beaten the defence to toe the ball into the back of the net, but the offside flag once again had the final say.

The 29-year-old was once again in the thick of things, meeting a brilliant ball from Fortune Makaringe, but was let down by his first touch.

It was the Buccaneers' last attack of the game, as the two sides played to a third consecutive goalless draw.