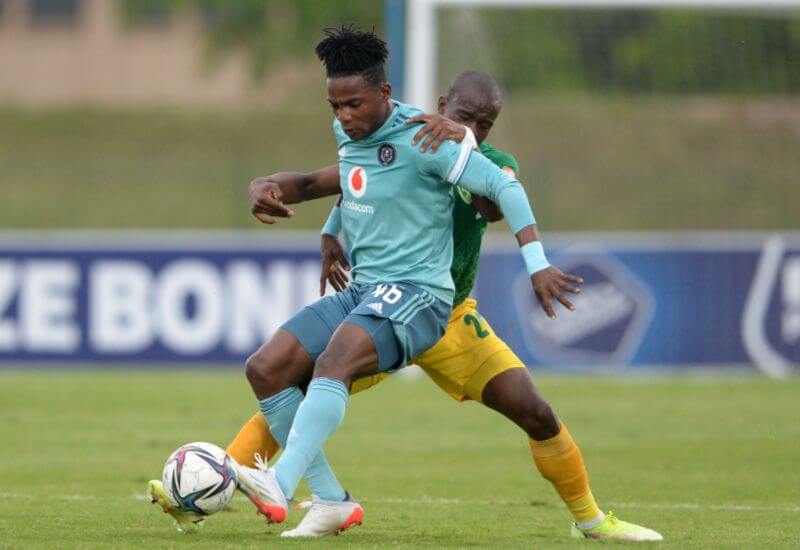 Orlando Pirates were held to a goalless draw on their visit to KwaMashu, where they took on Golden Arrows at Princess Magogo in the DSTV Premiership on Saturday afternoon.

Fresh off less-than-satisfactory results before the recent international break, both sides were eyeing this fixture as the beginning of their ascent up the standings.

A handful of fixtures remained before the mid-season break, with the Buccaneers going into the clash at a lowly seventh place, while Abafana Besthende were worse off in tenth.

It was the visitors who had the brighter start, with Kwame Peprah forcing a save off Nkosingiphile Ngobo with a well-struck shot in the second minute.

That proved to be the theme of the opening 15 minutes, as Fortune Makaringe, Collins Makgaka and Deon Hotto all had a go at the Arrows goalkeeper from range with varying results, but none managing to send one into the back of the net.

The hosts also had their moments, most notably in the 23rd minute when Ndumiso Sibiya was allowed to shoot from close range, but miscued his effort at goal.

The Buccaneers could have headed to the tunnel in the lead after being awarded a free-kick three minutes from the break as Hotto sent his shot crashing into the crossbar with Gumede left motionless.

Arrows could have benefitted from a bit of good fortune 11 minutes into the second half when a ball delivered into the box caught a deflection and was headed for goal, but Siyabonga Mpontshane was perfectly positioned to avert the danger.

Just after the halfway mark, Hotto had ample space to shoot from outside the box but ended up rushing his effort at goal, resulting in a goal-kick.

Arrows began employing the counter-attack as the clock ticked, forcing the Buccaneers to scramble back a few times with Olisa Ndah and Thabang Monare both making crucial stops in the last 15 minutes.

Pirates got close to breaking the deadlock in the 77th minute through Makaringe, who was on hand to pounce on a nervy first touch from debutant Boitumelo Radiopane, only to have his shot blocked out for a corner.

A frustrating afternoon concluded with neither side able to get the crucial strike, as the two sides were eventually forced to settle for a point.