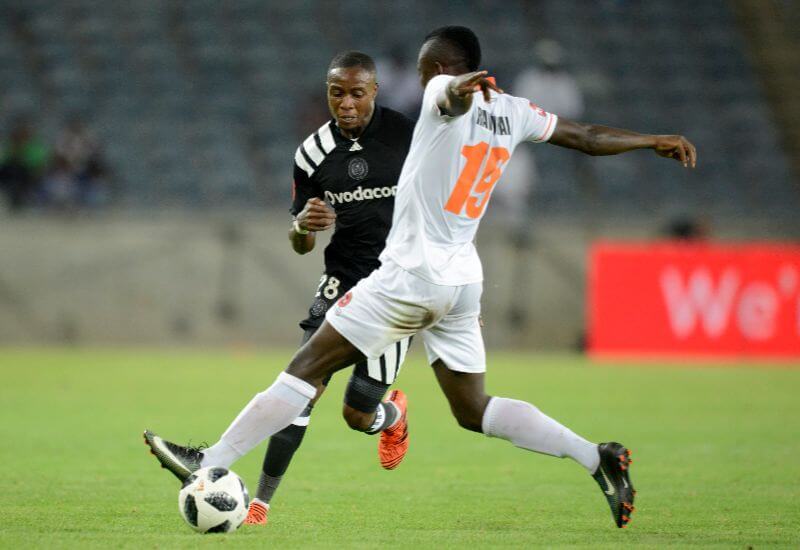 A late goal by 17-year old Lyle Foster saw Orlando Pirates draw 1-all with Polokwane City in an Absa Premiership encounter played at the Orlando Stadium on Saturday night.

With this draw, Pirates maintain their unbeaten start to the year and move above rivals Kaizer Chiefs to 5th place albeit with one more game played over Amakhosi.

The Limpopo-based outfit took an early lead through debutant Dominic Chungwa who scored in the 18th minute. Pirates failed to deal with a corner-kick from the right flank and the loose ball fell in Chungwa's path; who unleashed a volley attempt that beat Jackson Mabokgwane.

On the half-hour mark, Mabokgwane was tested by Rodney Ramagalela from distance but he was on hand to smother the effort.

Thabiso Kutumela squandered a golden opportunity to score in the 43rd minute after breaking free and burst in behind the Rise and Shine defence, but the diminutive striker blasted his attempt wide.

The second half saw the Buccaneers changing gears as they upped the tempo in search of the equaliser however it would be Mabokgwane who would be called upon to make a save in the 72nd minute when he collected Muhammad Nsulumba’s shot from range.

Despite trailing and time running out, the Soweto Giants kept on going forward and kept on creating chances only for poor finishing to let them down.

Head Coach Micho Sredejovic introduced Foster late in the game as a final substitution and it was the 17 year old who would come up with the goods. Foster pounced on a loose ball in the box to net an equaliser in the 86th minute – in what was his first official goal as a professional.

The hosts went all out to try and find the much needed winning goal however, the Polokwane defence was resolute and unwavering.

Pirates and Polokwane City have now played six consecutive league matches with neither side able to register a win. The last time a team won was 28 February 2015 with the Buccaneers sailing to a 3-1 win.