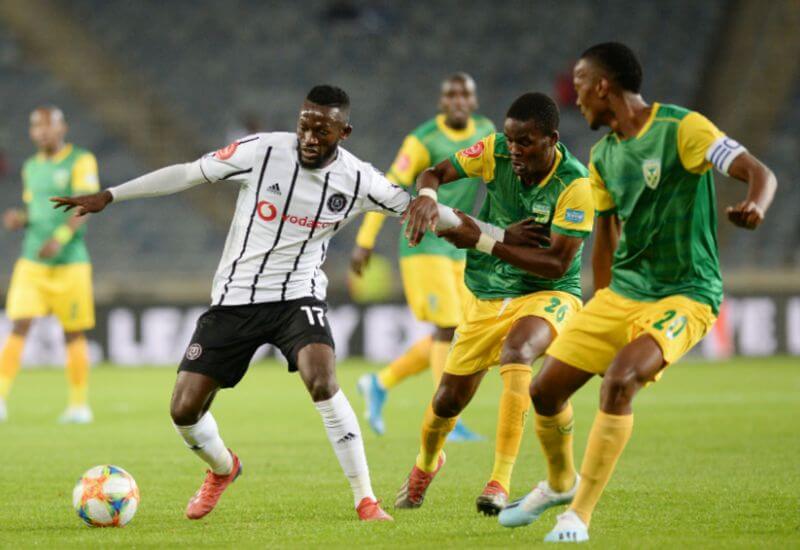 Orlando Pirates were held to a goalless draw by Golden Arrows in an ABSA Premiership clash on Wednesday night.

The Buccaneers arrived at Orlando Stadium looking to climb up the league table, after failing to get a goal in their last three league matches.

They enjoyed most of the possession early on, but without causing headaches for Abafana Bes'thende.

It took until the 20th-minute mark for the game to come to life when, against the run of play, Nkosinathi Sibisi was allowed a free header in the box, but fluffed his lines as his effort went well over the bar.

Play was back in the Arrows end, just seconds later, where Pirates were awarded a free-kick at the edge of the box.

Gabadinho Mhango stepped up, but his shot didn't trouble Edmore Sibanda, who grabbed it easily.

The Buccaneers got even closer towards the end of the first half, when Innocent Maela connected with a corner from Mhango, but the left-back's header only rattled the woodwork.

That would be it for the first half, as the two sides went into the tunnel goalless.

With almost an hour played, Arrows had a rare opportunity after hitting Pirates on the counter. It was through scrambling defence from Siphesihle Ndlovu that they were denied as the youngster knocked the ball off Nduduzo Sibiya, who only had Wayne Sandilands to beat.

With time running out, coach Rhulani Mokwena made a few changes, with Kabelo Dlamini and Gabadinho Mhango making way for Thembinkosi Lorch and Tshegofatso Mabasa respectively, while Austin Muwowo made his Orlando Pirates debut in place of countryman, Mulenga.

However, none of the substitutes could nick a goal for the hosts, who had to settle for a point after things ended goalless.

The Buccaneers next travel to Tembisa, where they will be renewing rivalries with Highlands Park after the impending FIFA international break.