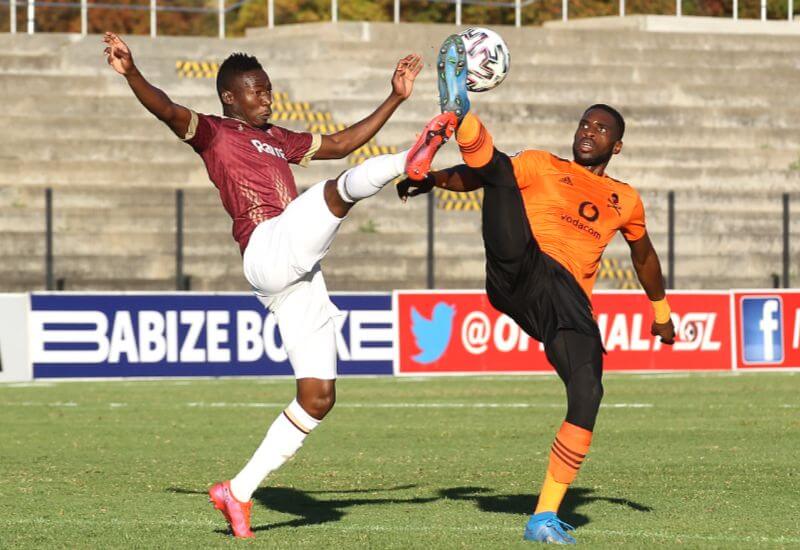 Orlando Pirates return from their Western Cape voyage with a single point after being held to a goalless draw by Stellenbosch on Tuesday.

The game - a fourth league encounter between the two sides -  took place at Danie Craven Stadium, pitting the visitors, who were looking to grab a second consecutive win, against a side that had gone eight matches without a victory.

It was the hosts who were quicker off the blocks, getting close to opening the scoring as early as the fifth minute when Wayne Sandilands was asked to make a terrific save from a free-kick before Ashley Du Preez skied his shot from the rebound over the bar.

While the Buccaneers enjoyed a fair share of possession, the majority of the early chances fell to Stellenbosch, who had another opportunity to pull forward when Du Preez was set-up for an easy tap in, but sent his effort wide.

A more attacking Pirates outfit was on show in the second half, and they could have been rewarded when Deon Hotto’s dipping free-kick demanded an excellent save from Lee Langeveldt in the 49th minute.

Just after the hour-mark, it was Gabadinho Mhango’s turn to draw a good save from the Stellies goalkeeper from a set-piece when his shot almost crept into the far corner, but the burly shot-stopper was alert to the danger, making another excellent save.

Despite a more assured second-half performance from the Buccaneers, the breakthrough remained elusive, with each side returning home with a point from the encounter.