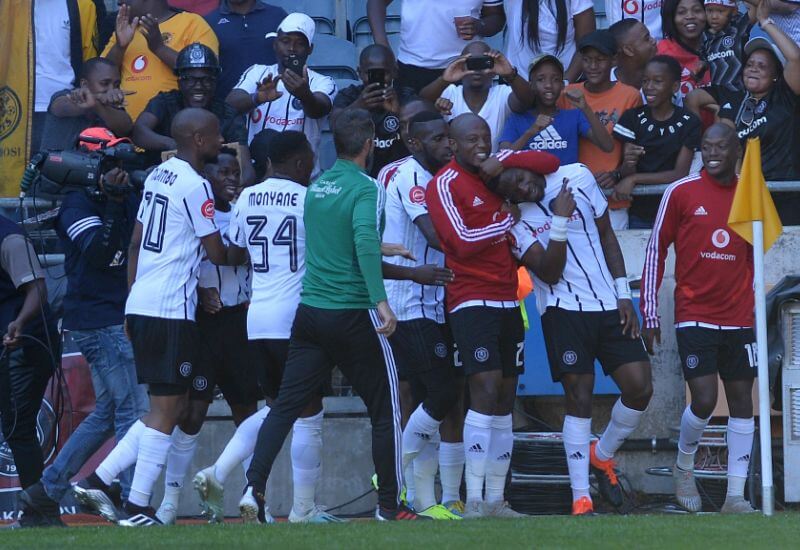 A second half brace from Tshegofatso Mabasa gave Orlando Pirates all three points, as they defeated Chippa United 2-1 in an Absa Premiership clash on Saturday afternoon.

The Buccaneers returned to Orlando Stadium determined to get back to winning ways after a string of indifferent results.

There were some changes made by Coach Rhulani Mokwena, with goalkeeper Joris Delle making his first appearance for the Club, while Mabasa had a maiden start in a league fixture for Pirates.

Much of the play was concentrated in the Chippa half early on, with Delle seeing none of the ball.

The hosts got close to breaking the deadlock 30 minutes into the contest, when Siphesihle Ndlovu's shot sailed over the bar after being released by Fortune Makaringe.

Despite their dominance, the Buccaneers could not land a decisive blow as things remained deadlocked at the break.

An attacking change was made at the stroke of half-time with Thabiso Monyane coming on for Ntsikelelo Nyauza, and the youngster was in the thick of things immediately, unleashing a venomous shot which only just missed the target.

Mabasa would be the man to deliver the goods, putting one past his former Bloemfontein Celtic teammate Patrick Tignyemb to put the Bucs ahead in the 55th minute.

Five minutes after nabbing his first Orlando Pirates goal, the 23-year-old was again on the money, this time with a smooth turn and perfect placement to double the lead.

The two goals seemed to have energised the hosts, who sent successive waves of attack to the Chippa box, with Mabasa coming close to a hat-trick before he was hauled off, with Zakhele Lepasa making his entrance.

Chippa United pulled one back 11 minutes before the final whistle when, from a free kick, Delle pulled off a superb save, but the rebound landed back into traffic, allowing Lerato Manzini to half his side's deficit.

With the visitors' tails up, the second half proved busier than the first for the Pirates defence, who were able to hang on to grab all points on offer, climbing up to the top half of the table.