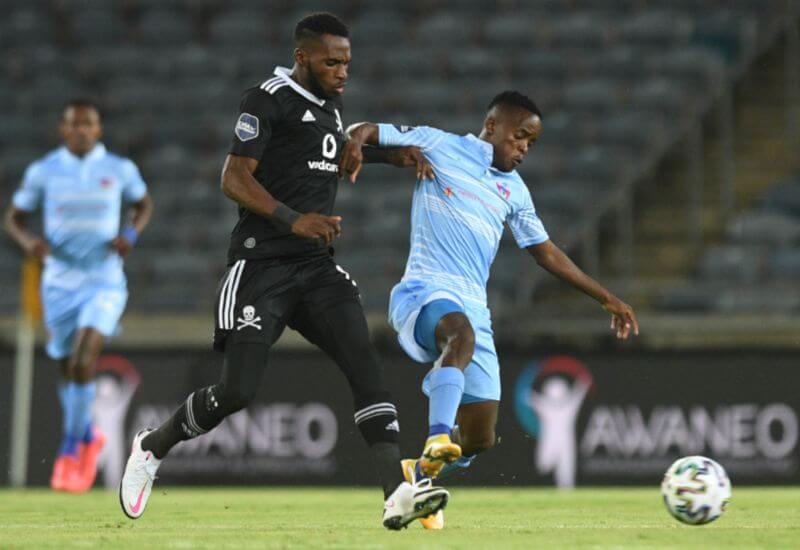 Orlando Pirates left it until late as they registered a 1-0 win against a ten-man Chippa United in a DStv Premiership encounter at Orlando Stadium on Wednesday night.

Coming into the match on a high after breaking a long trophy-drought, there was another mission for Josef Zinnbauer's men, who had not managed a victory in their last two league outings.

The quest for three points began with a setback just seconds after the kick-off, as striker Zakhele Lepasa's evening ended prematurely due to a mid-air collision. Gabadinho Mhango was brought on in place of the 23-year-old.

The Malawian international had the best chance of the half, meeting a cross from Thembinkosi Lorch in an awkward angle, but managing to force a save from Chippa keeper Ayanda Mtshali, who tipped the ball over the bar.

The Chilli Boys went into the tunnel a man shot after Sandile Mthethwa's challenge on Deon Hotto was deemed too harsh for him to play any further part in the contest.

Looking to take full advantage of the numerical advantage, Coach Zinnbauer substituted defender Thabiso Monyane on the stroke of half-time, bringing on striker, Tshegofatso Mabasa in his place.

The Buccaneers' number nine was in on the action almost immediately, volleying towards goal after a lay-up from Fortune Makaringe, but his shot was kept out by the defence.

The Chippa defence remained resolute, keeping out the sea of chances that fell to the Buccaneers.

This was until six minutes from the final whistle, when swift build-up from the back was finished off by Makaringe, who took a first-time shot from a pin-point pass by Linda Mntambo, effortlessly beating Mtshali for the winner.

The goal was all it would take for the Buccaneers to clinch maximum points, climbing up to third points behind Mamelodi Sundowns and Moroka Swallows in the league standings.