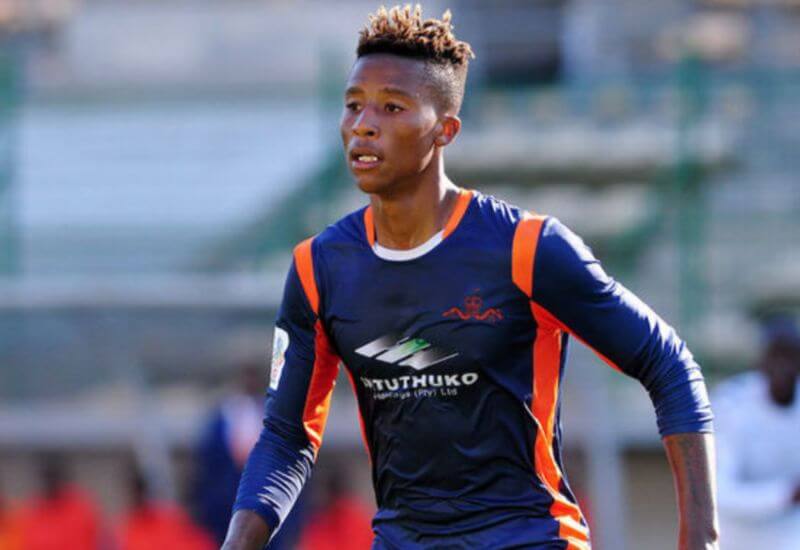 Whilst it has been striker Zakhele Lepasa who has been hogging the spotlight lately because of his exploits in the Nedbank Cup, there have been a number of other Bucs youngsters who have been gaining valuable experience in the National First Division.

Orlandopiratesfc.com takes a recap of some of the players that went out on loan this past season.

The lanky central defender spent a second consecutive season at the KZN-based outfit. Sandile commanded his position in defence, going on to record an impressive 27 starts (and two off the bench), scoring four goals in the process. Richards Bay went on to finish in seventh place on the log table.

Mthethwa’s performances in the NFD haven’t gone unnoticed as the 22-year old has recently been called up to the COSAFA squad.

Myeza made a good impression in Witbank, where he notched up a healthy return of 11 games with eight starts. His progress was curtailed by an ankle injury, which has seen him spend the majority of the loan spell on the sidelines.

Much like his fellow KZN colleague, Brian completed his second stint where he was a regular feature for his side Real Kings. Despite the teams’ failure to replicate their sparkling form from his debut season (2017/18), a late rally towards the end of the season saw Kings move away from relegation to finish in twelfth position. Hlongwa went on to record 28 appearances in the league for his side.

The tenacious defender-come-midfielder has had a very good season at the Chilli Boys recording 22 matches and scoring one goal during his loan spell.

Malepe has also been rewarded for his efforts this past season with a call up to David Notoane’s squad that will do battle in the COSAFA tournament which kicks off in Durban tomorrow.

Mbulu started well with Witbank Spurs making 17 starts (and four off the bench) for his side. Unfortunately internal problems at the club forced the player to cut his stay short at the club.

The tough as nails midfielder from Atlantis joined former Bucs coach Roger De Sa at the newly formed Umoya where he recorded 19 matches (with six coming off the bench) and one goal in his debut season on loan. Maart’s Umoya went on to reach the Quarterfinal of the Nedbank Cup, where he went head-to-head with and was ultimately narrowly edged out by eventual winners Lepasa and TS Galaxy.

Maart’s climb up the ranks was preceded by a stellar performance in the MDC side, followed by a Project X tour to London, which saw him reach promotion to the Orlando Pirates senior side where he made two appearances off the bench.

The former Ajax Cape Town academy player followed his teammate Maart back to their hometown where they joined up at Cape Umoya. Baliso’s loan spell was curtailed by injury and in that time, he amassed 11 appearances and registered one goal to his name.

The Durban-born attacker enjoyed a stellar run in newly promoted TS Sporting’s debut season in the NFD, where he operated on the flanks and on occasion, filling in at the tip of the attack. The speedy left-footer scored three goals in 20 starts out of his 25 games played for the Mpumalanga-based outfit.

*Data collected based on players with 10 games or more