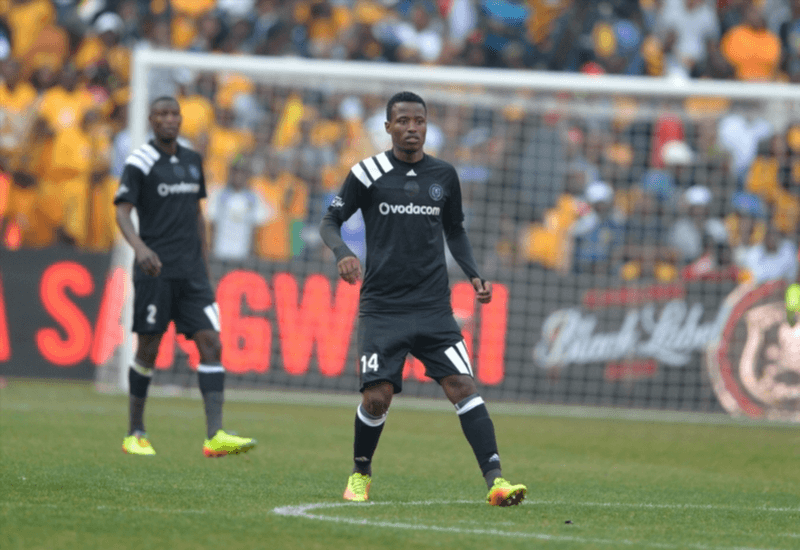 Orlando Pirates went down 1-0 to rivals Kaizer Chiefs in the 2017 Carling Black Label Champion Cup clash at the FNB Stadium on Saturday.

As a result, Amakhosi successfully defended the pre-season tournament title - winning the trophy for the third time.

Chiefs got off to a flying start as they piled some pressure on the Bucs defence with Gustavo Paez and Bernard Parker combining upfront.

Former Pirates academy graduate Lorenzo Gordinho almost put Chiefs in the lead as early as the seventh minute when he directed his header on goal only to strike the crossbar and Pirates goalkeeper Siyabonga Mpontshane pouncing on the rebound.

However, Mpontshane was beaten two minutes later as Paez played a perfect low cross for Parker, who scored with a great first-time effort to make it 1-0 to Chiefs.

Chiefs nearly doubled their lead on the stroke of halftime when George Maluleka's low effort hit the upright with Mpontshane rooted to the ground.

The first-half which was largely dominated by Chiefs came to an end with Amakhosi leading 1-0 thanks to Parker's well-taken goal.

Chiefs striker Ryan Moon and Pirates new signing Thamsanqa Sangweni, who had accumulated the most votes from both sets of fans, were the first substitutes.

The first chance of the second-half fell for Chiefs striker Paez, but the Venezuelan marksman fired straight into Pirates goal-minder Mpontshane's hands.

Pirates were still struggling to maintain possession in the Chiefs half and they also lacked signs of urgency on the ball in the final third.

Mpho Makola, the Bucs playmaker, tried his luck from range just after the hour-mark and Chiefs keeper Itumeleng Khune produced a comfortable save.

With 15 minutes left on the clock, Pirates striker Ayanda Nkosi came on for Makola as the Buccaneers looked to snatch a late equaliser.

The Buccaneers were unfortunate not to level matters in the 80th minute when Bernard Morrison's powerful left-footed shot was magnificently saved by Khune.

The rebound was then headed on to the crossbar by Pirates defender Ayanda Gcaba with South Africa international Khune well-beaten as Chiefs survived a scare.

The momentum was with Pirates in the closing stages of the match, but unfortunately time ran out for the Buccaneers as Chiefs grabbed their third CBL title.