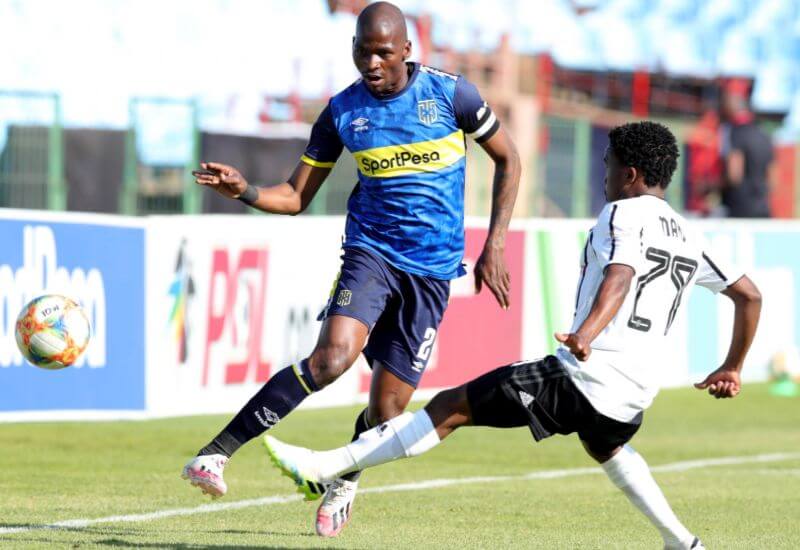 Orlando Pirates suffered a 1-0 defeat at the hands of a ten-man Cape Town City at Loftus Versfeld on Sunday.

The Buccaneers are yet to register victory since the restart, while the Citizens came to the fixture reeling from a midweek loss after beginning their spell in the bubble with two consecutive wins.

There was concern early on for Pirates with Thabiso Monyane, who started his first game since the resumption, took some time to get back on his feet after a collision with Mpho Makola, who earned himself a caution for his troubles.

However, no harm was done as the youngster was soon back up.

On the tenth-minute mark, Tshegofatso Mabasa was set up for with a good ball down the right flank by Vincent Pule, but the 23-year-old could not direct his shot to the target, only hitting the side-netting with his effort.

Monyane was again involved in another collision, this time with Edmilson, and was adjudged to be the aggressor, getting a yellow card of his own.

The tussle between Monyane and Makola was revisited on the half-hour mark, with disastrous results for the hosts, who were reduced to ten men. This is after another clash between the two, which culminated in a second yellow for the former Buccaneer, who was given his marching orders.

Despite the numerical disadvantage, the breakthrough was made by City when Kermit Erasmus headed past Sandilands to make it 1-0 on the stroke of halftime.

Pirates showed more determination, kicking off the second half, with Lorch trying his luck from range and only succeeding in hitting the top of the crossbar.

In the 50th minute, second-half sub Kabelo Dlamini was in the action with his shot from inside the box deflected away from the target by a City player.

Pule was next with a stinging shot, which drew a save from Peter Leeuwenburg.

There was another heart-in-mouth situation for the Bucs defence, when City broke out in a counter, with Erasmus finding the back of the net once again. However, he was adjudged offside.

With time running out, Dlamini came within inches from an equaliser with a shot from outside the box.

Despite Pirates’ dominance in the second half, the City defence held firm for a famous win.