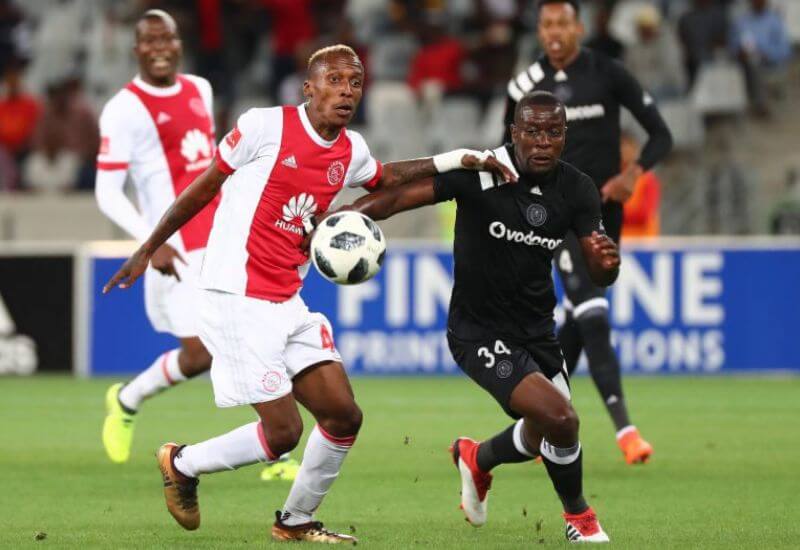 Ajax Cape Town scored with virtually their only three chances on goal to record a 3-0 win over Orlando Pirates at the Cape Town Stadium on Wednesday.

Pirates dominated most of the first half but found themselves 2-0 down as the hosts scored twice against the run of play. The Soweto Giants were to enjoy as much as 80 percent possession in the second half, but they were thwarted time and time again in front of the Ajax goal before the hosts sealed the game with a late third goal on the counter.

After a lively and open first 10 minutes of the game which saw action at both ends of the field, the Urban Warriors broke the deadlock when Mosa Lebusa rose well in the box to head in a Yagan Sasman corner.

The Buccaneers took a hold of the match after that as they looked to restore parity, but it wouldn't quite fall for them up front as Thembinkosi Lorch smashed a shot into the side-netting before Justin Shonga was unable to make clear contact from close range.

Instead it was Ajax striker Yannick Zakri, who had looked out of sorts for most of the half, who struck the next goal, the Ivorian prodding the ball over the line from close range after a cross from Tendai Ndoro just after the half-hour mark.

Again Bucs came back strongly, but apart from a shot five minutes before half time from Luvuyo Memela which was saved well by Jody February - who had replaced an injured Brandon Petersen in goal for Ajax - they were unable to create scoring opportunities.

The Sea Robbers kept the pressure on Ajax after the break and after Lorch had been denied by February, Innocent Maela squandered a great chance to pull one back when he miscued a Lorch cross from five yards out.

The hosts were holding on and more opportunities followed for Pirates as Lorch volleyed over from close range in the 55th minute before Marshall Munetsi's effort landed on the roof of the net and Memela fired over the bar after a clever turn.

It was one-way traffic as the visitors laid siege on the Ajax box and it took a brilliant save from February to keep Memela from finding the top corner nine minutes from time.

It just wasn't to be Pirates' night when with a rare attack, Zakri turned in a Siyanda Zwane cross to wrap up the three points for Ajax in the 83rd minute.

Shonga missed another chance late on but by then a resilient home side, marshalled by the superb Mario Booysen in the heart of defence, had done enough to claim the win.