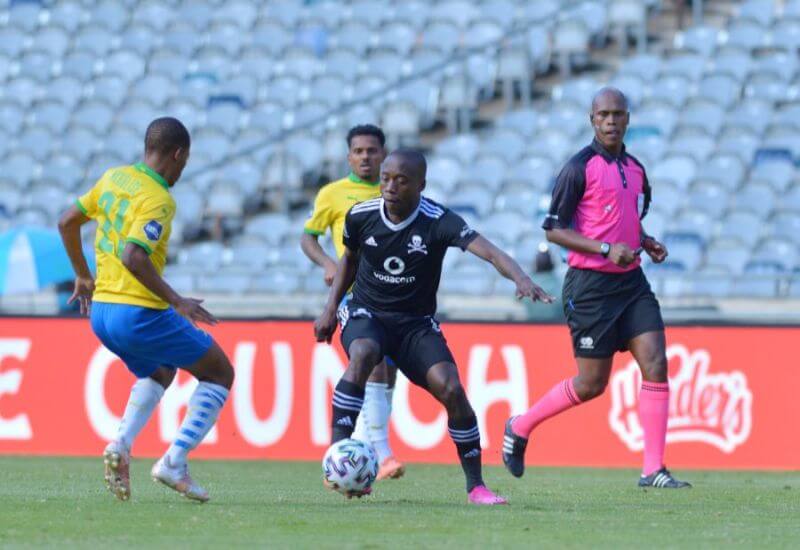 In what was a third meeting between the two sides since the beginning of the year, the hosts were looking to turn the tide, having fallen on the losing side on both previous occasions.

An early opportunity was presented to the Buccaneers in the form of a first-minute free-kick, taken by Vincent Pule, whose effort was dealt with comfortably by Denis Onyango.

The rest of the first half was a back-and-forth affair, with no real chances at goal.

The Bucs could have taken the lead early on in the second half, when Deon Hotto found Pule with a cross from a corner-kick, but the latter's flick sailed across the goalmouth.

For the rest of the encounter, all the decisive moments fell the way of the visitors.

The men in yellow were beneficiaries of a penalty call when defender Innocent Maela was adjudged to have handled the ball inside the box in the 57th minute.

This set up Ricardo Nascimento for the opener, and the Brazilian defender duly obliged, sending Wayne Sandilands the wrong way from the spot.

Hotto almost turned things around with an acrobatic effort from close range, but the next big moment came when a defensive error at the other end allowed Peter Shalulile in for Sundowns' second goal of the afternoon.

By then, it was obvious that it would not be the Buccaneers' day, and that was sealed ten minutes from the final whistle, when Lyle Lakay made it 3-0 from a free-kick, which evaded the wall before leaving Sandilands rooted to the spot.

A forgettable 90 minutes then came to an end, confirming Pirates' first home defeat in 34 matches.