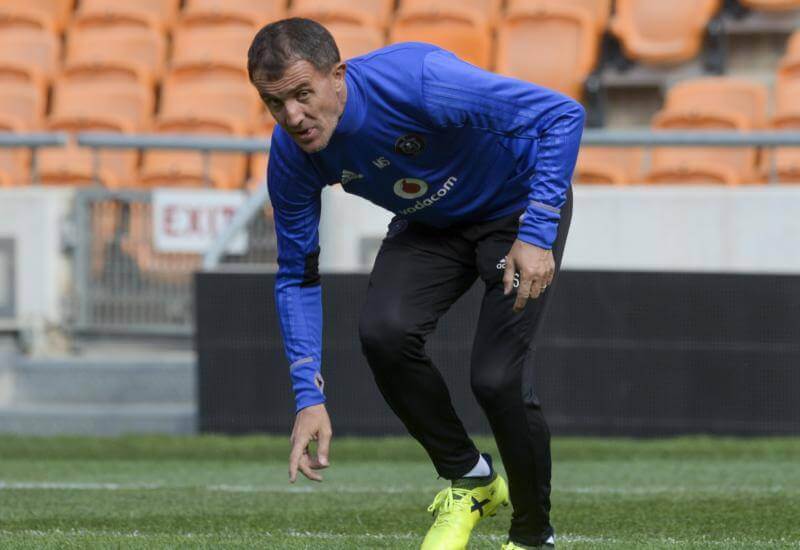 Orlando Pirates have lost 1-0 away to Bidvest Wits in an Absa Premiership encounter played at the Bidvest Stadium tonight.

The home side got off to the best possible start when Gerald Phiri Jnr capitalised on a failed clearance from Mthokozisi Dube to fire a shot passed Wayne Sandilands in the 5th minute.

A moment of individual brilliance almost saw Thabo Qalinge score an equaliser when midway through the half he spun around to beat two Wits defenders to setup a cheeky chip which struck the crossbar with Moeneeb Josephs well beaten.

There was an injury scare involving Ntshangase when striker Thamsanqa Gabuza clashed with the Wits right back in what appeared to be an accidental clash to the jaw. Fortunately, Ntshangase was able to make his way back onto the field and finish the match.

Pirates almost found an equaliser in the referee’s optional time when a combination of passes involving Dube and Gabuza, unleashed Thabo Matlaba on goal, however, his shot was denied by the outstretched legs of Moeneeb Josephs.

The teams went into the break with the Students leading by the solitary goal.

Qalinge had a shot deflect off a Wits defender in the 70thminute; the ball fell for Gabuza in front of goal and he struck the post with his effort but the goal would not have counted as the assistant referee had already flagged for offside.

The visitors were in attack again in the 73rd minute, this time Matlaba did well to carve space for himself to shoot at goal however, his left footed attempt went wide of goal.

Wits held on to a slender victory to inflict Pirates’ first defeat of the 2017/18 campaign and also register their first win in six league matches.

Next up for the Mighty Buccaneers, is an away match against Polokwane City on September 30.