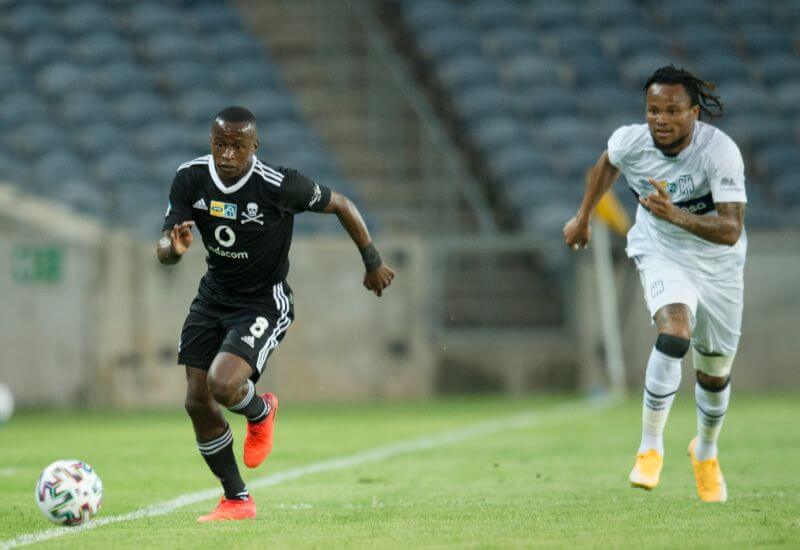 Orlando Pirates began the new season on a high with an MTN 8 quarterfinal win over Cape Town City at Orlando Stadium on Saturday.

The Soweto Giants' return to the home of South African football proved to be a happy outing for the hosts, who marked it with a win after falling on the first hurdle of their previous attempt in the competition.

It was a new-look Buccaneers outfit taking to the field on the day, with no less than four starters making their debuts in the famous black and white.

The first 20 minutes proved relatively uneventful, despite outside chances from both sides.

However, the deadlock was broken through a timely contribution from Bucs debutants, as Wayde Jooste - from the right flank - found Terrence Dzvukamanja's leaping header, with the Zimbabwean international directing the ball into the net for his first goal in Pirates colours.

Right after the half-hour mark, Jooste was at the end of a horrific challenge from Fagrie Lakay, whose studs-up tackle earned him a red card, giving Pirates a numerical advantage, on top of their lead, for the rest of the encounter.

Vincent Pule, Gabadinho Mhango and Fortune Makaringe all had chances in front of goal before the hour-mark, but neither managed to convert as Pirates went into the hour mark with a one-goal lead.

At the other end, dangerman Thabo Nodada could have drawn level for City, but Wayne Sandilands could only watch his well-struck short as it sailed well wide.

The hosts' defence held firm for the rest of the second half, but not without a scare, as Nodada was allowed to fire in from the edge of the box past an outstretched Sandilands. However, the new Bafana cap's effort was nowhere near the target.

Siphesihle Ndlovu, who had a great outing on both attack and defence, was the last to come close to etching his name on the scoresheet, as he fired across the goal from a tight angle.

However, that would prove to be the final shot of the clash as the final whistle sounded soon afterwards to seal the Buccaneers' spot in the next round of the competition.