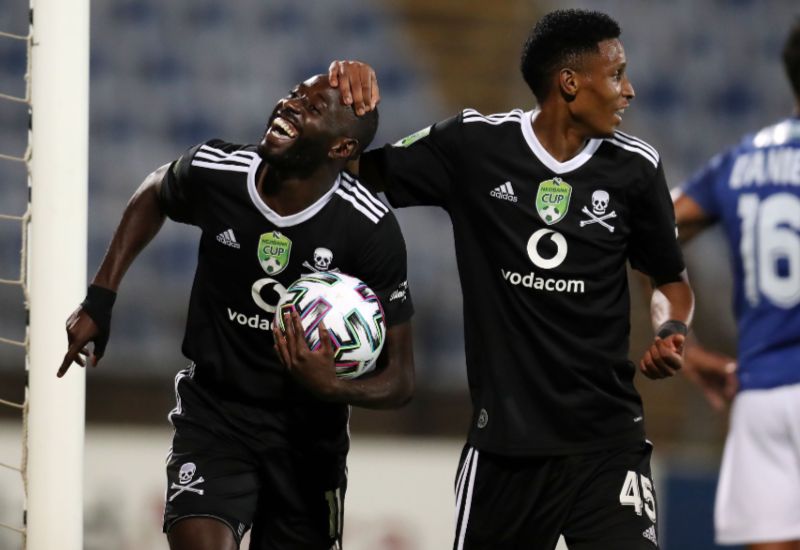 Orlando Pirates have booked their spot in the quarterfinals of the Nedbank Cup after coming from behind to clinch a 3-1 win against Maritzburg United at Harry Gwala Stadium on Saturday evening.

Coach Josef Zinnbauer had made a single change from the XI that did duty in midweek against SuperSport United - a straight-swap between Linda Mntambo and the injured Thembinkosi Lorch, who limped off in Atteridgeville.

After a slow start, it was the hosts who found the early breakthrough via an ex-Buccaneer in Thabiso Kutumela, who shot at an empty net after keeper, Richard Ofori's attempt at sweeping away the danger ended disastrously as he was dispossessed just outside his box.

Desperate to draw level, the Buccaneers were starved of clear-cut chances at goal by a resolute Maritzburg defence. This was evident just after the half-hour mark when Thabang Monare resorted to a long-range effort, where he failed to connect well enough with the ball to cause concern for the Team of Choice.

With the home side heading into the break in the lead, it required an inspired performance from the Buccaneers, who produced just that in the second half.

The equaliser came in the 56th minute through halftime substitute Kabelo Dlamini, who was set-up by Deon Hotto at the edge of the box, before rifling in to make it 1-1.

Seconds later, Pirates took the lead, and it was Hotto - who had turned from provider to goal-scorer - tapping into an empty net from close range after latching onto a cross from Mntambo.

There was a bit of action at the other end, where Ofori pulled off an acrobatic save from a stinging shot from Jose Ali Meza to keep his side in front in the 64th minute.

Vincent Pule came close to making it 3-1 three minutes later with a free-kick that crashed into the side-netting, but he eventually got himself onto the scoresheet in the 78th minute when he gathered a rebound from the keeper and picked his spot in the back of the net.

Having shown great character to work their way back into the game, the Buccaneers maintained the 3-1 scoreline to march on into the Last Eight of the Nedbank Cup.