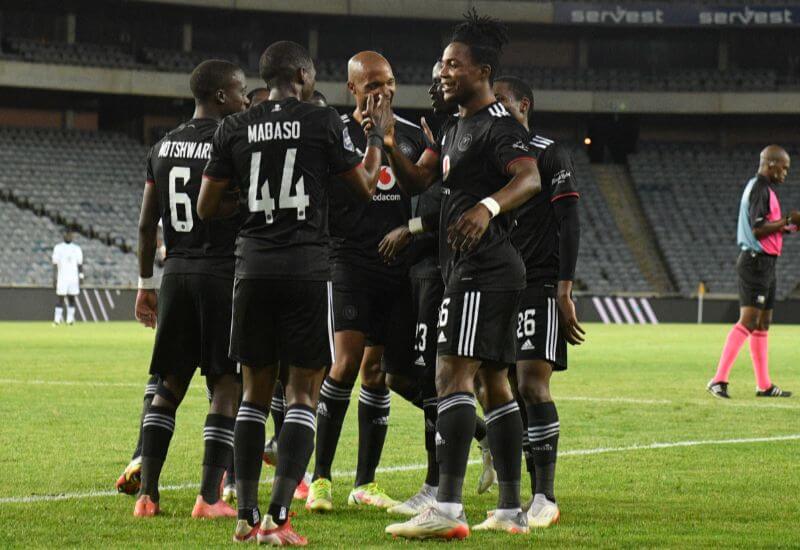 Orlando Pirates finished the year on a high with a 2-1 victory over AmaZulu at Orlando Stadium on Thursday.

Having claimed a three-point haul in their previous outing, the Buccaneers sought to make it six points in two matches, with second spot up for grabs.

The start was however far from ideal, with AmaZulu edging ahead inside four minutes through a well-worked move, finished off by ex-Bucs player Luvuyo Memela.

This jolted the home side awake, as they responded by swiftly making their way to the visitors’ penalty area, where both Deon Hotto and Ntsako Makhubela failed to knock the ball into the net during a goalmouth scramble in the seventh minute.

For the next 30 minutes, Usuthu’s defence proved resolute, allowing no way through for the Buccaneers, who had some half-chances, but did not come close to converting any.

The equaliser eventually came eight minutes from the break when Kwame Peprah finished from close range after some good work from Goodman Mosele and Deon Hotto.

Usuthu briefly looked like a team on a mission at the start of the second half, but did not make much of their opportunity to edge ahead, with Memela failing to connect well with his shot after a brisk move into the Buccaneers end of the pitch.

They were left to rue that missed chance when Mosele located Peprah with a fine pass in the 48th minute, and the Ghanaian striker calmly slotted past Neil Boshoff to complete his second brace in as many matches.

It was then the visitors’ turn to dominate possession, keeping the home side inside the half.

Their period of dominance was broken in the 72nd minute when Pirates found their first real chance since taking the lead as Fortune Makaringe laid a fine pass for Terrence Dzvukamanja, whose shot crashed into the upright with Boshoff beaten.

At the other end, Siyabonga Mpontshane kept the hosts’ lead intact with a superb save to deny Memela.

Boshoff was not to be undone, producing a good stop of his own to stop a well-struck shot from Makaringe deep into injury time.

It was the Buccaneers who prevailed in the end, reaching 30 points to climb to second spot.