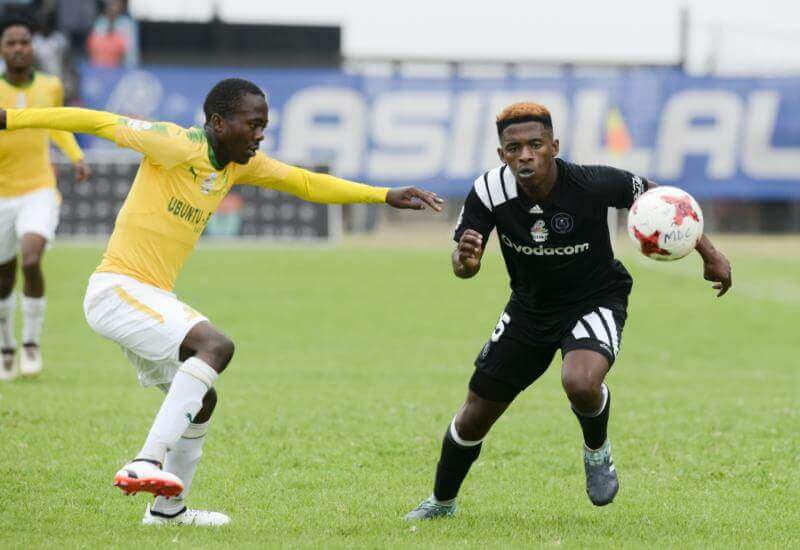 Goals from Yanga Baliso, Grant Peters and Reanetse Ramatlapeng were enough to see the young Buccaneers climb to third place on the log table with six points after three rounds played.

Pirates came into this match looking to bounce back from their disappointing 2-1 defeat to Bloemfontein Celtic, while defending champions Sundowns were out register their first three points of the campaign.

It would be the men in Black and White who would draw first blood, when in the 19th minute, midfielder Yanga Baliso carved through the Sundowns defence before shooting to open the scoring.

The second and third goals came in the second half, with Man of the Match, Baliso instrumental in both goals.

On 76 minutes, the Cape Town born attacking midfielder went again on his signature runs before playing a ball through to an onrushing Peters who toe-poked the shot into the near post.

The third and final nail in the coffin came in the 82nd minute, this time it was from a set piece taken by Baliso. The 20-year old whipped in a cross from a free kick which the Downs defence failed to clear, and the ball fell for Ramatlapeng who volleyed the shot passed the keeper.

The next round of the MDC sees Pirates traveling away to take on Baroka FC.

Meanwhile, the Orlando Pirates SAB team registered its fourth win in four matches when they defeated Phalamorudu 1-0 on Saturday with Grant Peters scoring the only goal of the match.

Pirates are tied in first place with Stars of Africa, with only goal difference of one separating the two teams.

However, Pirates do have a match in hand over Stars of Africa, which is scheduled for this week against Pimville West Ham.