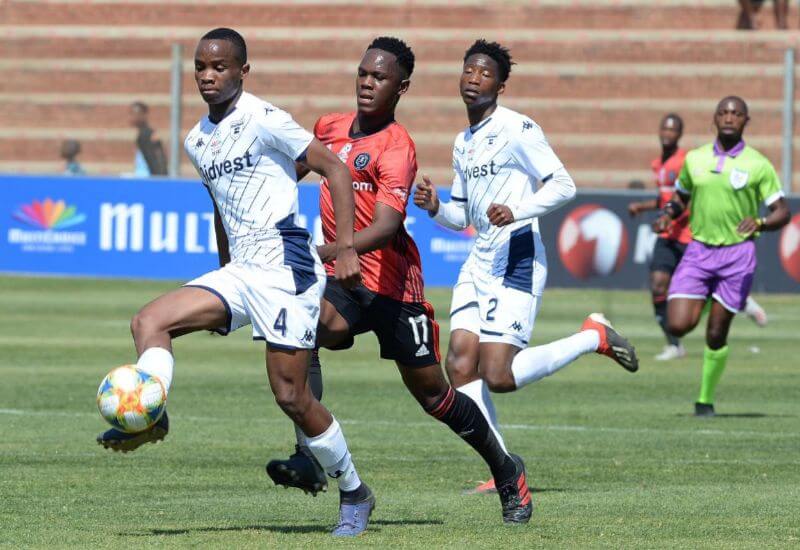 Orlando Pirates reserves were unable to make it three wins in a row after Bidvest Wits claimed a 1-0 victory at Makhulong Stadium in their Multichoice Diski Challenge encounter on Saturday.

The Buccaneers went into matchday three in second place, and had a chance to capitalise on a slip-up by the table-topping Cape Town City, who fell to Chippa United earlier on in the day.

It was also a first outing in charge of the team for new coach Glen Salmon, who was looking to get off to a winning start against a team he was previously involved with.

Both defences held firm early on, with the two teams displaying a mutual respect for one another as they weighed each other up.

The Buccaneers had early chances which fell to the Bophela twins Simo and Simiso, but neither could find the breakthrough.

There would be no goal from either side going into the break, but enough promise from the Bucs to see their tails up as they headed into the tunnel.

The second half began with Pirates making a change, bringing on the exciting Lehlohonolo Sepeng in place of Siyabonga Buda.

Still, no goals were forthcoming as the action headed towards the hour mark but things would turn as Wits carved open the young Buccaneers defence in the 66th, but were let down by the finishing touch.

That proved to be a sign of what was to come, with the Clever Boys grabbing the lead four minutes later after another surge forward where Molahehi Khunyedi got on the end of a ball that was pushed into the Pirates box to stab home the opener in the 70th minute.

With the lead in the bag, the Students were expected to close shop, and that's what they did in the closing stages, shutting out the young Buccaneers' pursuit for an equaliser.

It marked a first defeat for Pirates in their campaign, as they were unable to claw their way back, giving Wits their second win of the season.

Soweto Derby ends in a draw