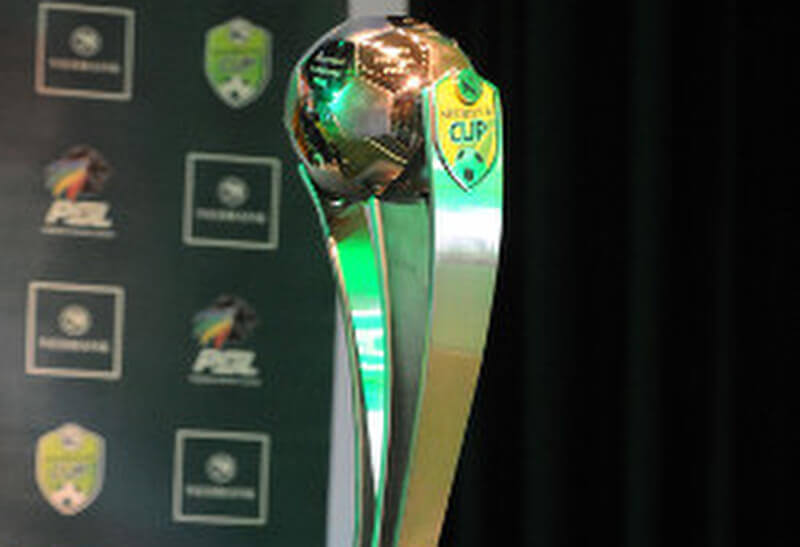 Pirates and Stars are scheduled to meet for an Absa Premiership match on April 1 at the James Motlatsi Stadium while the Last 16 clash albeit not confirmed by the Premier Soccer League, will be played the following weekend. Stars will be the happier side with both matches scheduled at their home base.

One man who is no stranger to the Free State province is Dave Wome. It was with Free State Stars that the 25-year old was introduced to South African football having joined the club in 2011 from Liberty Professionals (Ghana). Speaking at the draw last night, the newly signed Bucs forward said he was looking forward to facing his former employers and expects two tough clashes.

“We will be playing both games away from home which will not be easy so we need to be prepared,” said Wome. “Free State Stars are a very good side especially when it comes to cup matches as they have shown recently when they knocked out Kaizer Chiefs in the Telkom Knockout. Playing them back to back offers a different challenge….it’s easy for a team to fall into the trap by focussing on one competition over the other but not us. We will take it one game at a time and hopefully we can be successful in both.

“This is our last chance to win silverware for our supporters so we will be taking it very seriously. We want to get back to playing continental football and this is one competition which gives us an opportunity to do so.”