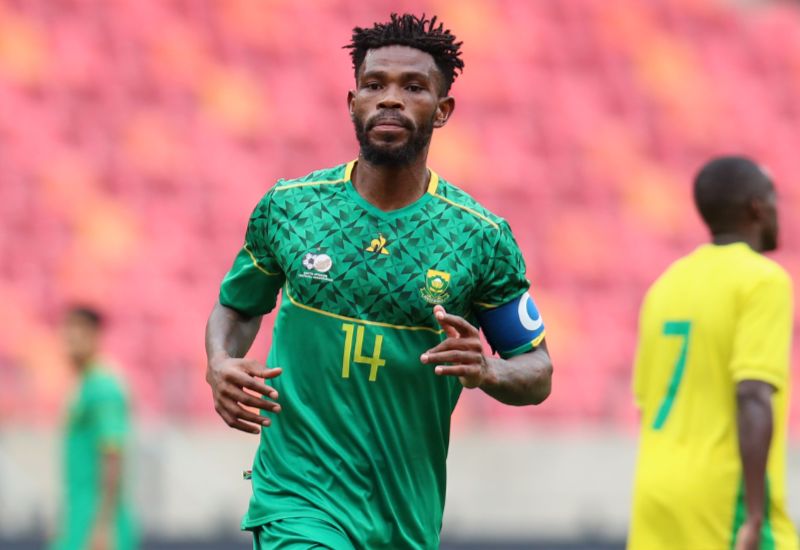 Five Buccaneers have been called up to the South African national team for Afcon 2022 qualifiers against Ghana and Sudan.

Bafana Bafana coach Molefi Ntseki has called up four Pirates players ahead of matches against Ghana and Sudan.

At the same time, three other Buccaneers have been called up by their respective countries, and will also look to play a part in the qualifiers.

Here is where some of the Sea Robbers will be on show during the international break;

Thulani Hlatshwayo: The Bucs defender is an expected inclusion for the South African national team, and is likely to lead the side in the upcoming week.

Innocent Maela: Also a regular in the Bafana camp, Innocent Maela will be fighting for a starting place ahead of the two matches.

Ben Motshwari: Looking to make his international debut will be Ben Motshwari, who has been rewarded for his consistency over a long period with a deserved national call-up.

Vincent Pule: Midfielder Vincent Pule makes a return to the Bafana setup after being called up as one of the late additions to Ntseki’s squad.

Thabang Monare: After what has so far been a stellar showing in his first season in Bucs colours, Thabang Monare could also be on display for Bafana in the coming days.

Richard Ofori: Goalkeeper Richard Ofori is in line to face a few of his Bucs teammates when Ghana land in South Africa for Thursday's crunch Group C qualifier. The Black Stars currently lead the standings, level on points with second-placed Bafana Bafana. Their last group assignment is a home fixture against Sao Tome on Sunday.

Gabadinho Mhango: Striker Gabadinho Mhango is in line to feature for Malawi when they face South Sudan in Group B on Wednesday. They next host Uganda the following Monday. The Flames are currently in third place and will be looking to add to their single victory earned so far.

Deon Hotto: Namibia will also be in action during the international break, as they prepare to host Guinea in their qualifier, taking place on Sunday. Representing the Buccaneers on the day will be attacking midfielder Deon Hotto.

Terrence Dzvukamanja: Zimbabwe have called up Bucs forward ahead of their Group G clash against Botswana, which takes place on Thursday, a few days before hosting Zambia in Harare on Sunday.