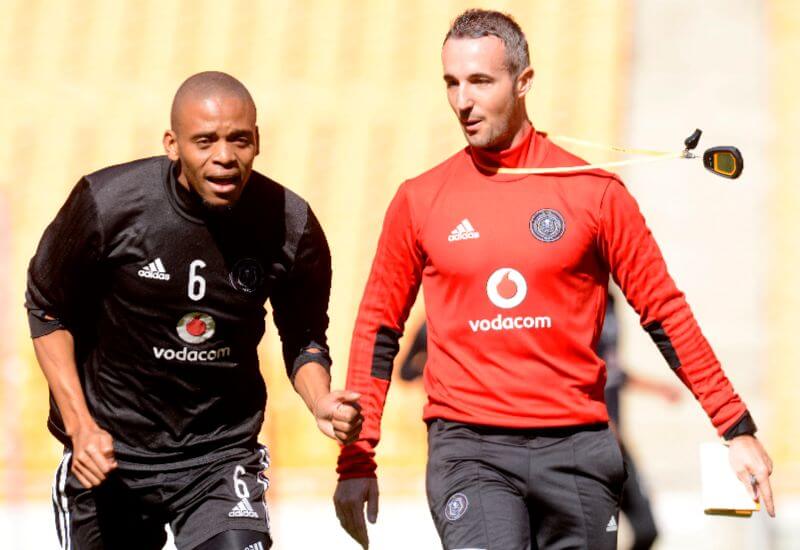 The Mighty Buccaneers are in Nelspruit this week where the team will endure a week-long intensive pre-season camp under the tutelage of Micho Sredojevic and his technical team.

This first phase of what is a two-part pre-season programme will see the Strength and Conditioning department getting the players up to scratch. The first couple of days of camp will see the squad take to the training field for gruelling workouts, combined with sessions in the gym.

Speaking to Orlandopiratesfc.com for the very first time, Strength and Conditioning Coach Franck Plaine said: “For the first couple of days of camp we will be focusing on endurance work. We will be stepping things up as the days go on.”

“Preseason plays a very important part in setting the foundation for the team to be able to fire on all cylinders when the season starts. Endurance and injury prevention are key areas that we will be focusing on to ensure that the players can produce consistent performances.”

He added: “Apart from the endurance however, this camp will afford us an opportunity to get the new and old players to gel. It’s difficult for the new players because they’ve got nothing to benchmark against, but from an integration point of view camp is brilliant in bringing a new squad together.”

Later in the week, the team will play a practice match behind closed doors as the technical team gets their new-look squad accustomed to their preferred style of play.

The team will return to Johannesburg at the end of the week before flying out to Zambia a day later.

The Zambian leg of the Buccaneers camp will focus mainly on matches as the team nears the start of the 2018/19 season.