Bucs out of Nedbank Cup 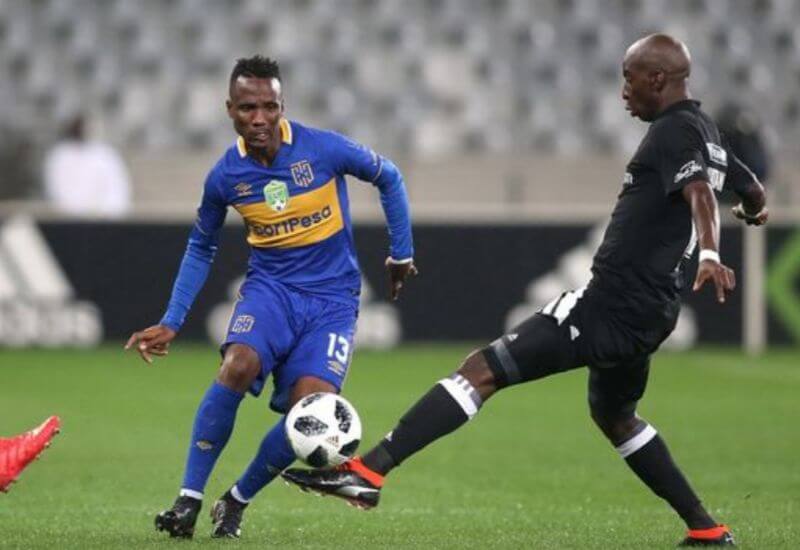 Orlando Pirates have been dumped out of the Nedbank Cup following their 1-0 defeat to Cape Town City at the Cape Town Stadium on Wednesday night.

For the second time in as many months the Buccaneers will come back from the Mother City empty handed after going down to an Ayanda Patosi strike in the second half.

Despite their gallant performance and never-say-die spirit throughout the match, Micho Sredojevic and his charges will feel a little hard done by to lose another match at the World Cup venue despite producing another match winning effort.

Justin Shonga almost found the opener as early as the 8th minute after firing a shot on the edge of the box which rebounded off the inside of Sage Stephens’ right-hand post.

Two minutes later Ayanda Patosi forced Siyabonga Mpontshane into an awkward save with a dipping long-range shot, with Roland Putsche not quite able to turn home the rebound.

The Bucs ‘keeper was again called into action on the quarter hour mark to keep out a Thamsanqa Mkhize header from a corner kick.

Those opportunities sparked a spell of dominance for the hosts, who regularly flooded forward in numbers but lacked the quality and precision in the final third to really slice open Pirates’ defence, leaving the game goalless at the break.

The Citizens finally clicked into top gear 10 minutes into the second half, as Bradley Ralani played a fine low cross to find the late run of Patosi, who cracked the ball home with a first-time shot to put the Cape side in the ascendancy.

Pirates responded with a double change, as Thabo Matlaba and Bernard Morrison replaced Thabo Qalinge and Augustine Mulenga, and just past the hour mark they nearly equalised when the latter substitute saw his goal-bound header saved by a combination of Teko Modise and Stephens on the line.

The City keeper made another important contribution on 78th minute when he saved with his feet after Shonga had turned his defender and got a shot away from a tight angle on the right of the penalty area.

Pirates continued to build pressure in the dying stages, but they were unable to find a way back into the game.

The Buccaneers move to Durban on Friday where they shift their focus to the league where they will face Golden Arrows.