Bucs Pay the Penalty Away to SSU 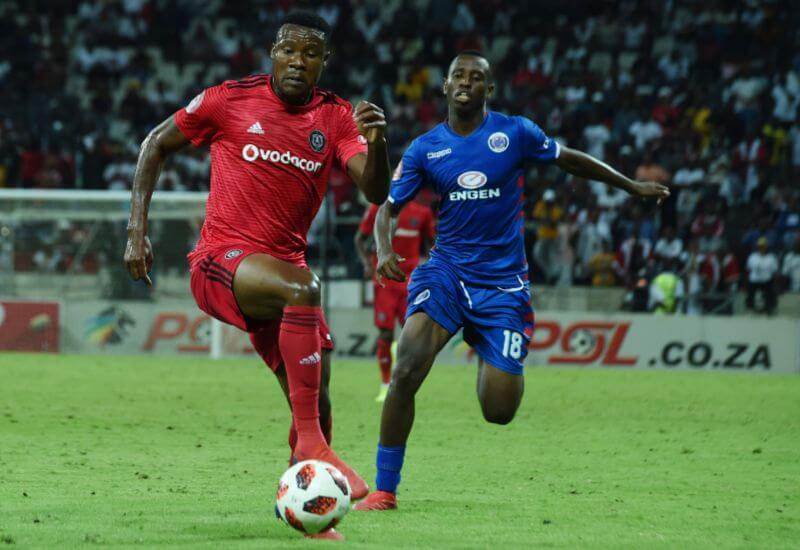 Orlando Pirates succumbed to their first defeat in 15 league encounters as they went down 1-0 to SuperSport United in an Absa Premiership encounter played at the Mbombela Stadium on Wednesday night.

Though the above statement may show signs of an impressive run coming to an abrupt end, the hardest of critics would point out to the Buccaneers’ last seven league matches - which only included two wins - as warning signs that something needs to be fixed. Unfortunately Micho Sredejovic and his Brains Trust were unable to do so in time for Matsatsantsa who won courtesy of a Clayton Daniels goal.

For the Mighty Buccaneers, they’ll need to pick up the pieces quickly as they face Amazulu over the weekend.

United created the first genuine chance of the match on 11 minutes, with a powerful counter-attack seeing Aubrey Modiba tee up Siyabonga Nhlapo with a clear sight of goal, but his low shot was well saved by Wayne Sandilands.

The Pirates goalkeeper was in action again in the 26th minute, pulling off an excellent save to turn away a downward header from Clayton Daniels at a SuperSport corner kick.

The away side tightened up their defence in the remainder of the half to restrict any further chances for United, while they were unable to create any notable openings at the other end, leaving the game locked at 0-0 heading into the interval.

The hosts continued to look the better team in the second half and on 65 minutes their pressure finally paid dividends. Another corner kick found the head of Daniels and this time the defender’s effort was too powerful for Sandilands, giving Matsatsantsa the lead.

The Buccaneers thought they had drawn level five minutes later when Justin Shonga provided a neat finish to Musa Nyatama’s through-ball, but the forward was correctly ruled offside.

A short while later Thembinkosi Lorch powered a left-footed volley on target, only for Ronwen Williams to make an excellent one-handed save.

Pirates’ growing pressure saw them get awarded a penalty with a quarter hour of regulation time to play, as Evans Rusike allowed a bouncing ball to hit his arm inside the 18-yard area.

Pirates captain Happy Jele took on the responsibility of taking the spot kick but was denied by Williams before Shonga shot high and wide from the rebound.

That proved to be the Soweto giants’ last chance of getting something out of the game, with United able to hold on and secure a win.