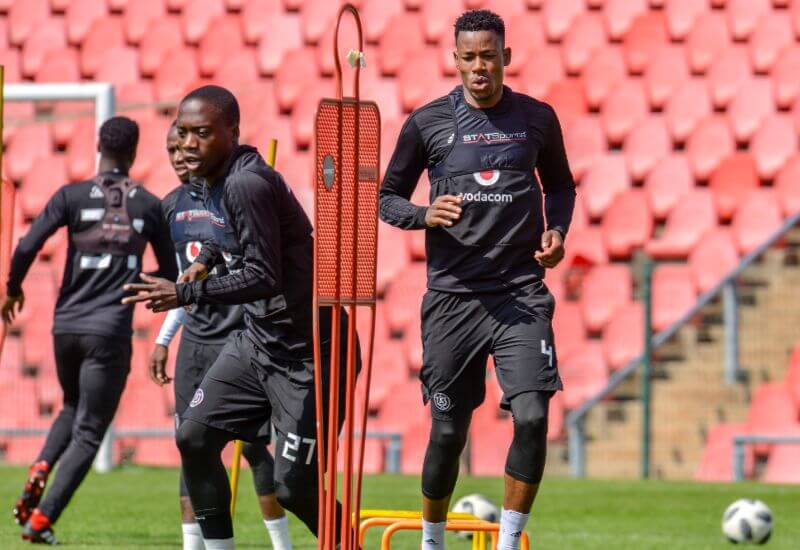 After being held to a goalless draw at home, Orlando Pirates are gearing up for a tough encounter when they face the Namibian side African Stars at the Sam Nujoma Stadium in Windhoek on Saturday, 22 December 2018, with the kick-off scheduled for 16H00.

This all important second leg of this CAF Champion’s League encounter will be key in determining which one of the two SADC region sides qualifies for the group stages.

Orlando Pirates Captain Happy Jele, who has captained the squad in both the 2013 CAF Champions League and 2015 CAF Confederations Cup finals is all too aware of the daunting challenge ahead.

“Ideally we would have preferred to win the match at home convincingly but we played against a good defensive side. They were compact and well organised at the back”, said Jele.

The captain further lamented the missed chances his side did not capitalise on, stating “It is true we missed a lot of chances and that is regrettable but the flip side of that is that we played positive attacking football despite the defensive block we had to contend with. The fact that we were able to create chances tells us that it is possible to penetrate their defence and that is what we are preparing for”, added a reflective Jele.

Jele however also displayed quiet optimism over his side’s chances in Namibia. “We know it won’t be a walk in the park but we are prepared to fight and do whatever it takes to come out tops here. We have been training at the Nike Centre in Soweto this week in order to acclimatise to the conditions because we know the match will be played on astro turf and in extremely hot conditions. We have done all we can to prepare adequately and now all that is left is to go and get the job done.”