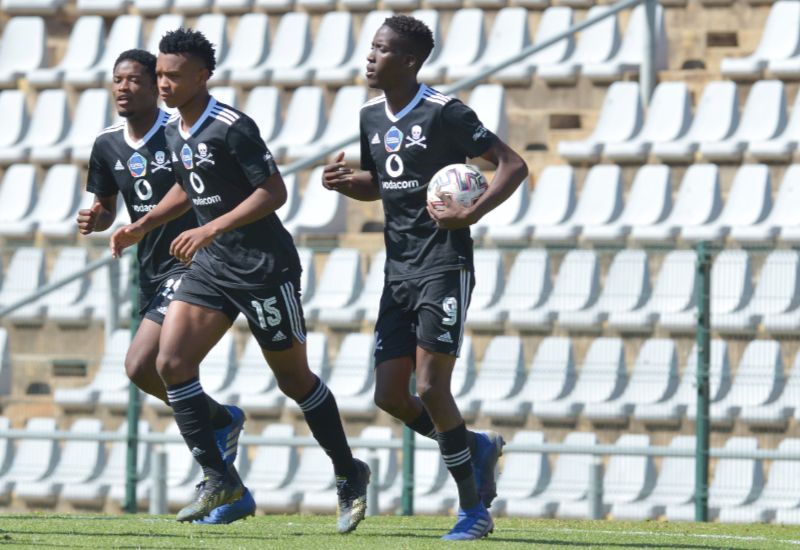 Orlando Pirates Reserves were victorious on their return to Rand Stadium, where they beat Black Leopards Reserves 2-1 in the DStv Diski Challenge REwired on Saturday morning.

Looking to complete a hat-trick of wins in the opening three rounds of the competition, the Bucs Reserves came up against a side desperate to get off the mark after a narrow defeat in their season opener.

It was the hosts who were the quickest off the blocks, enjoying most of the possession while camping inside the Leopards box.

The first real chance in the contest came when the Buccaneers were awarded a penalty after the lively Siphamandla Mdunge was fouled inside the box.

Boitumelo Radiopane, who already had four goals in two matches leading into the game, was the man entrusted with spot-kick duties. However, the youngster was denied superbly the keeper, who made a double save after parrying the ball into the path of Thabiso Botopela.

It took just after the half-hour mark for the hosts to make the breakthrough, and it was Radiopane who got his name on the scoresheet, making amends for his early miss with low shot into the far corner to make it 1-1.

Lidoda Duvha, however, did not have to wait too long to draw level as, just eight minutes later, they equalised from a free-kick.

The second half began with the home team dominating from early on once more.

Mdunge, who had won a penalty for the Buccaneers in the first half, was again fouled inside the box in the 49th minute, resulting in another spot-kick.

Luthuli stepped up this time around, and made no mistake from the penalty spot as he sent the keeper the wrong way to reclaim the advantage for the men in black.

The hosts had another penalty shout waved away in the 55th minute, with Mdunge again the man on the floor, who was later booked for simulation.

The late stages of the game saw Leopards try to stage a comeback, as they enjoyed their lengthiest period in Bucs territory.

However, the defence held firm, securing a third successive win in the competition to place Pirates on top of the Stream 2 standings.