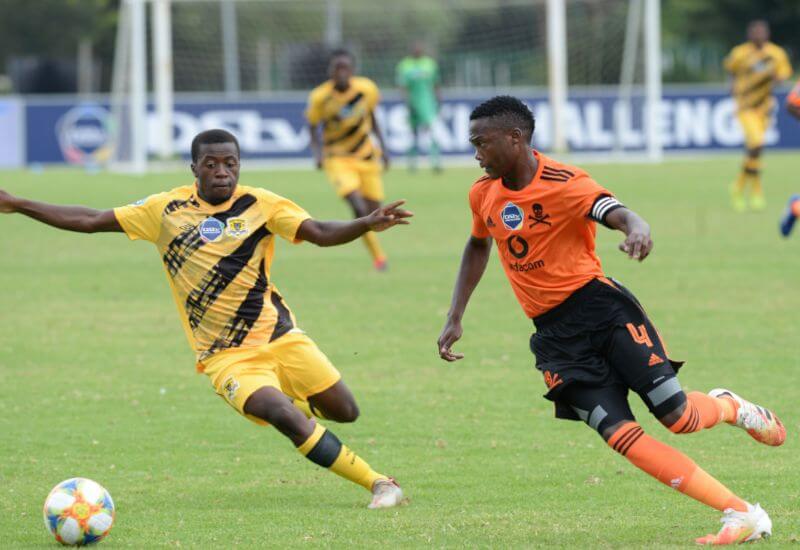 Orlando Pirates left it until late to claim a 2-1 victory against Black Leopards in the DStv Diski Challenge on Saturday.

The Buccaneers came into the fixture looking to do better after sharing the spoils in their season-opener, and it was pretty much the same objective for Lidoda Duvha, who suffered defeat in their last outing.

That, however, did not reflect on the field initially as the two sides played to an uneventful first half, with little to no chances at goal.

The second half began with Pirates surging into the Leopards half with intent, as skipper Thabiso Sesane fired the first real shot in anger, which was deflected for a corner.

Just seconds later, the Soweto Giants were in the lead through Lesiba Mahlong, who was afforded enough time to compose himself in front of goal before firing past the Leopards keeper for the opener in the 51st minute.

Another quiet 20 minutes ensued soon after the opening goal, and was interrupted by Amukelani Chauke as he pulled Leopards level through a tap-in from close range.

Just as it looked as if things were headed for a draw, Thabiso Botopela edged the Bucs Reserves back ahead with a screamer, receiving the ball from Thabiso Monyane before sending a bullet past the Leopards keeper to make it 2-1 in injury time.

That effort proved to be what Pirates needed, as they claimed all three points to make it four in their opening two matches.