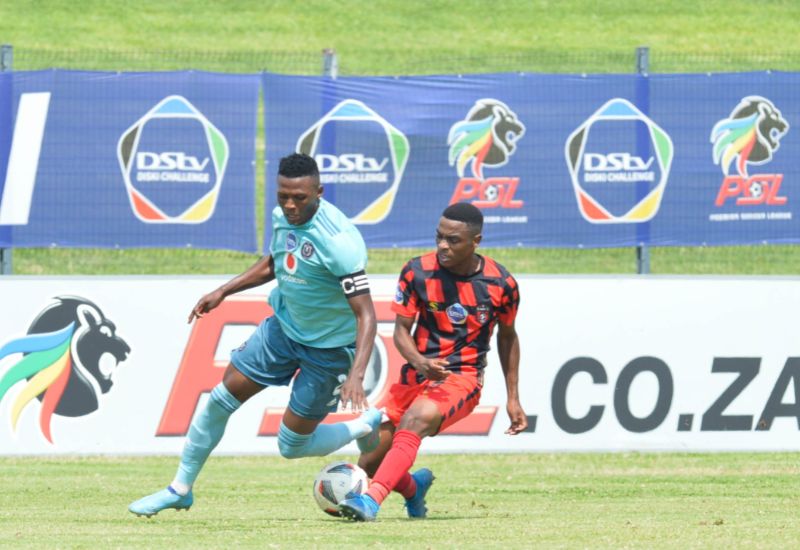 Orlando Pirates Reserves bounced back to claim a much-needed 2-0 victory over TS Galaxy at Tsakane Stadium on Sunday afternoon.

The Bucs Reserves had dropped three points in their last outing and were on a revenge mission, having lost to the hosts in the reverse fixture.

Their determination was immediately apparent, and paid off three minutes in when skipper Thabiso Monyane led from the front with a superb finish after beating his man following a well-threaded pass from Ofentse Mothapo.

It took only eight minutes for the visitors to double their lead, with Monyane again playing a central role to the move as his delivery from a set piece found the head of defender Cassius Spandiel, who did not have much trouble in flicking the ball into the net for the game’s second goal.

Galaxy’s pursuit for a goal meant that the Buccaneers spent a decent chunk of the first half inside their own half, but without much headway inside the final third.

Bucs keeper Ephraim Mothibedi was however called upon towards the end of the first 45, making an acrobatic save to keep out a stinging shot from Nkosinathi Sibande.

The Galaxy attacker drew another save from the Pirates gloveman early in the second half, this time sending his shot wide, and was easily denied.

Chances at goal dried up for much of the second period, with much of the playing concentrated in the middle of the park.

A rare chance at halving the deficit fell to the hosts, who again drew a save off Mothibedi, whose low save preserved the Buccaneers two-goal lead.

Pirates’ two early goals proved enough in the end, as they ran off victors on day to avoid a league double against them.