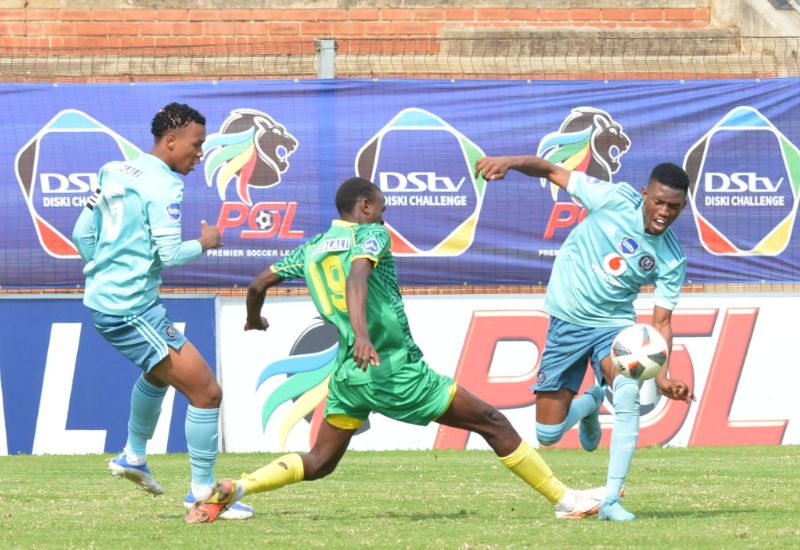 Orlando Pirates emerged on the winning side in what was a physical DStv Diski Challenge contest, as they defeated Baroka 1-0 at Makhulong Stadium on Sunday afternoon.

Having beaten the Limpopo-based outfit at home in their previous encounter, the Bucs Reserves sought a league double over Bakgakga, who headed into the contest on the back of two straight defeats.

Much of the opening 45 minutes in Thembisa was dominated by flying tackles rather than clear chances at goal, as neither side shied away from physical confrontation.

The visitors would have thought they were in with a chance in the ninth minute when the speedy Siphamandla Mdunge appeared to be brought down inside the box, but the appeals for a penalty were turned away as the teenage winger received a talking to for simulation.

Pirates’ best chance of the early exchanges came through Albert Manaka, whose powerful left-footed shot was parried out of play by Baroka keeper Katlego Molefe.

A penalty was eventually awarded to the Buccaneers as Nkosinathi Temba was hacked down in the danger area just before the half-hour mark.

The competition’s leading goal-scorer, and Captain on the day, Boitumelo Radiopane stepped up to take the spot-kick, and slotted in calmly to bag the game’s opener.

Baroka almost struck back just five minutes later when Kearabilwe Mphahlele hit the upright with a header from close range.

Their next real opportunity came in the 59th minute as Sipho Maluleke sent the ball just inches over the crossbar from a dead-ball situation.

Still trailing as the clock wound down, the young Bakgakga had periods of dominance, but the Bucs defence would not allow anything more than half opportunities.

Radiopane almost created a moment of magic in the 75th minute, making a superb turn down the middle to allow himself space to manoeuvre out wide before sending a shot just inches off-target with his right foot.

There were further half chances for second-half substitute Mohau Nkota, the best of which came on the stroke of full-time as he curled one away from Molefe, who stretched himself just enough to get some fingertips to it.

In the end, the Bucs Reserves clung on to claim all points on offer on the day, grabbing consolation as the weekend’s earlier results meant that they dropped out of the race for the title.