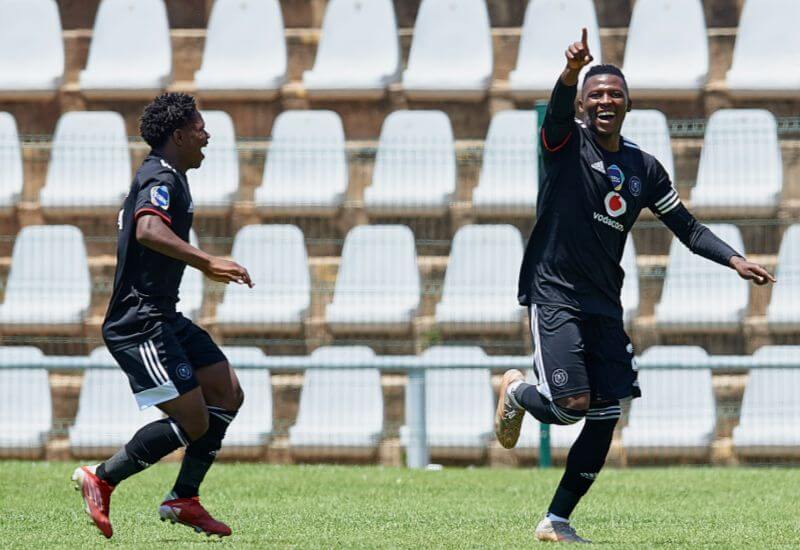 Orlando Pirates Reserves turned in a commanding performance in marching to a 4-1 victory over Golden Arrows Reserves at Rand Stadium on Sunday morning.

Having registered victory in their last outing, Mandla Qhogi’s charges aimed to make it two wins in as many matches as they came up against an Arrows side languishing in the bottom half of the table.

From kick-off, the hosts looked comfortable on the ball and were happy to knock it around and retain possession early on.

It took them 21 minutes to find the opener, as Boitumelo Radiopane combined with Mohau Nkota before the latter calmly chipped the keeper to make it 1-0.

The Buccaneers kept the pressure on the visiting team, setting up camp inside their half.

More reward came in the 35th minute when Radiopane got his name on the scoresheet with a powerful shot at point-blank range.

Arrows could have halved the deficit early in the second half, but captain Senzo Hlophe fluffed his line after a defensive error.

They were made to pay in the second half when Bucs skipper Thabiso Monyane launched what was a seemingly tame shot towards keeper Nqobani Langa, who looked to have things under control before spilling the ball into his own net.

The next goal would however come the way of the visitors as Samkelo Mzolo was played into a one-on-one situation with Elson Sithole and made no mistake from close range.

Following a brief lull in the action, the Buccaneers restored their three-goal advantage in the 81st minute as Monyane’s cross found Radiopane, who headed home to make it 4-1.

That is how the scoreline remained, with Pirates Reserves claiming their fifth win of the season.