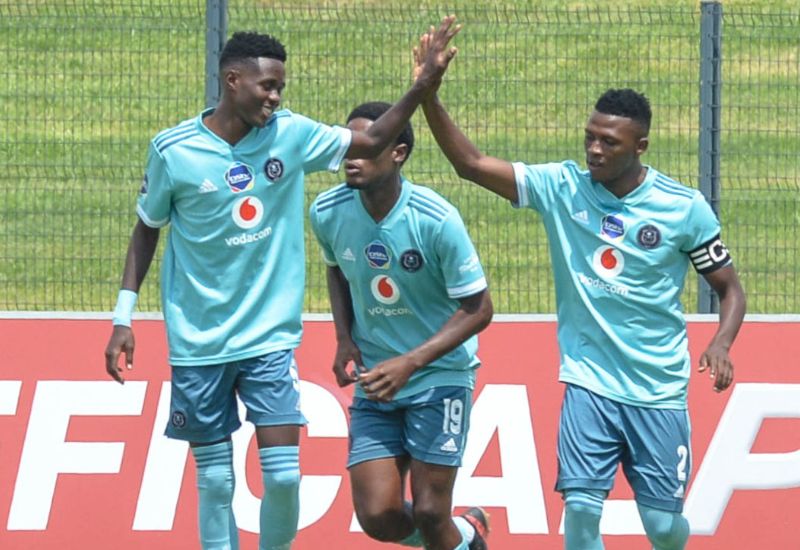 Orlando Pirates Reserves returned to winning ways in emphatic style, as they defeated Marumo Gallants 4-0 in their DStv Diski Challenge encounter held at the Old Peter Mokaba Stadium on Sunday.

With no wins in their last five matches, it was a must-win clash for the Bucs Reserves, who sought to give themselves every chance of wrestling their way back to the summit of the table after relinquishing the coveted position to Stellenbosch over the past few weeks.

The intent was evident early on, as they placed the home side under immense pressure in the opening exchanges, with the returning Thabiso Monyane keeping the defence on their toes on the left.

The Pirates skipper combined well with Boitumelo Radiopane in the 17th minute, but a good save from the keeper denied them an early lead.

After a lengthy patience game, the opener eventually came just after the half-hour mark when a pin-point cross from Siphamandla Mdunge was directed into the net by Nkosinathi Temba.

The visitors pushed for a second late in the first half as Radiopane attempted to sneak behind the defence, only to be caught by the offside trap on more than one occasion.

The Bucs striker was again in the thick of things as the second half got underway, causing problems for the defence, along with Temba.

A brief lull in play was interrupted by a magical moment from Monyane, who made a brilliant run from his half of the field before firing home to make it 2-0 in the 70th minute.

It could have been 3-0 soon after that when Radiopane’s powerful long-range shot was tipped over the crossbar by the keeper, but the 20-year–old did not have to wait long to get his name on the scoresheet, as he found the back of the net from inside the box in the 89th minute.

Seconds later, it was substitute Mpumelelo Ndaba’s turn to celebrate, as he connected with a terrific cross from Siyabonga Moleane to pile on the home side’s misery.

A crucial win was confirmed when the final whistle sounded, with the Buccaneers taking three points to keep log-leaders Stellenbosch within touching distance ahead of next weekend’s top-of-the-table clash.

All roads lead to KZN