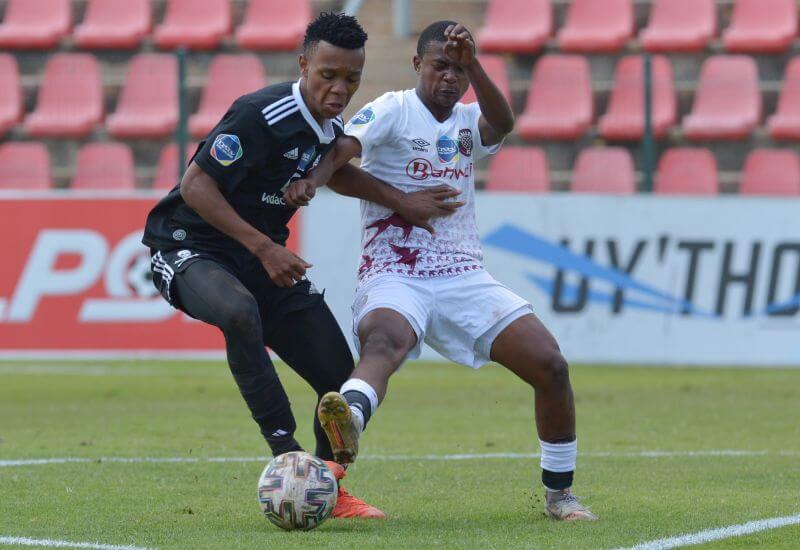 Orlando Pirates Reserves fell on the wrong side of a 3-2 scoreline against rivals Swallows, who came from two-goals down to record victory in the DStv Diski Challenge REwired at Rand Stadium on Saturday.

The Buccaneers youngsters - who had started the tournament with three wins on the bounce - were seeking a return to winning ways after slipping to second place in midweek, courtesy of a defeat to TTM.

It was clear from early on that the hosts would not have it easy, with Swallows quick to set up camp in their territory early on.

However, the Birds' dominance did not last too long, as the Bucs Reserves struck first through Sizwe Jaca, who was the recipient of a fine cross from Kagiso Madisha, flicking one in to hand the side the lead in the tenth minute.

It was 2-0 in the 16th minute when the same combination was aided by Boitumelo Radiopane, who laid a cross from Madisha into the path of Jaca, who made no mistake from close range.

It looked as if Pirates would head into the break still in the lead, but that was not to be as in the 27th minute, Swallows pulled one back through Mnqobi Mkhize.

The second half was all Swallows - as far as goals were concerned - with the Buccaneers unable to respond to an assured attack from the visitors.

The equaliser came via a penalty when Morapedi Ralenkoane was penalised for his part in a collision with Mkhize in the 50th minute.

Philani Mvelase stepped up and had no problems drawing level from the spot, wrong-footing Bucs keeper, Alexi Apollonatos in the process.

The comeback was complete in the 56th minute when Simphiwe Nkosi leapt above everyone to head in from a set piece.

Pirates' efforts at drawing level were almost rewarded when the referee awarded a penalty in the 77th minute. However, Luthuli could not convert, as his shot at goal was saved.

It proved to be an unlucky day for the hosts, who were defeated for the second time running in the round-robin stage of the competition.