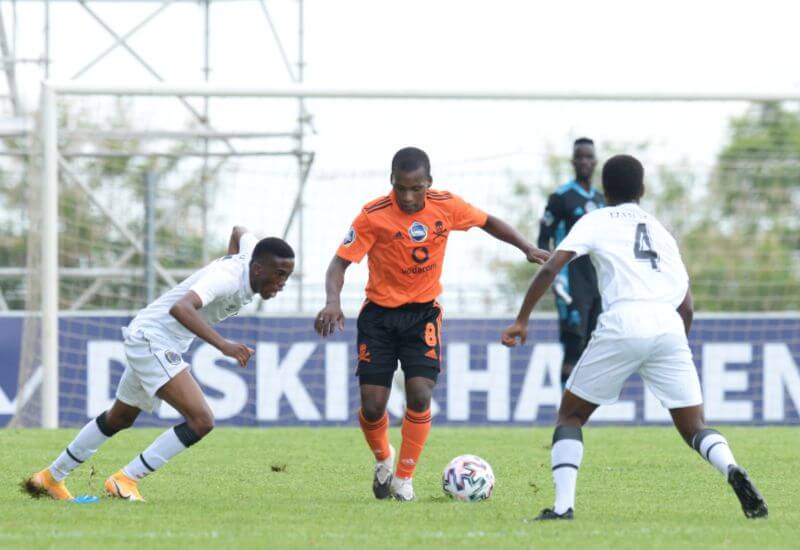 Orlando Pirates Reserves kicked off their DStv Diski Challenge campaign with a 1-1 draw against Supersport United at Giant Stadium in Soshanguve on Saturday.

After the abrupt end to the previous season, where the Soweto Giants finished just four points behind the log leaders with two games remaining, they were looking for the perfect start against a side they completed a double against last time out.

The young Buccaneers could not have asked for a better start to their campaign, and it was 18-year-old Azola Tshobeni who made the early breakthrough in the sixth minute with an absolute screamer.

The diminutive midfielder was lurking outside the United box, and hit the ball sweetly with his first shot to find the top corner.

More chances fell for the Soweto Giants, with Lehlohonolo Sepeng the man on the end of each, pulling his shot wide on both occasions.

After dominating the opening phases, it was the turn of the Tshwane outfit, who did not have to ask many questions before finding the equaliser.

United levelled matters in the 25th minute after Gape Moralo put an end to a goal-mouth scramble by tapping into an empty net.

The goal-scorer had another chance soon after, but was denied by the upright from a free-kick at the edge of the box.

Matsatsansa remained the dominant team heading into the break, with very few threats coming from the Buccaneers.

The Pirates goal remained under the cosh early in the second half, with debutant goalkeeper, Elson Sithole keeping things level with a number of fine saves.

Lesiba Mahlong had a chance to edge the Buccaneers ahead against the run of play towards the end, but skied his effort wide.

A share of the spoils was all that was possible, in what was the first outing in nine months for both sides.