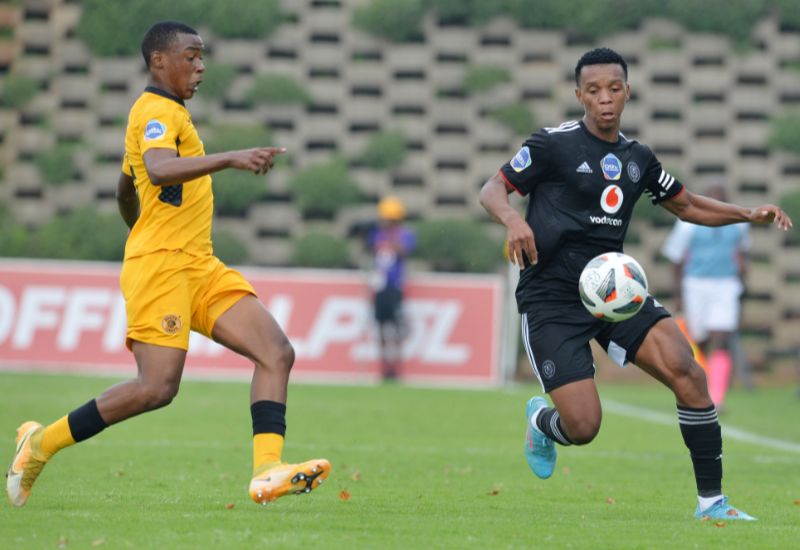 Orlando Pirates Reserves were held to a goalless draw in the Soweto Derby encounter against their Kaizer Chiefs counterparts in the DStv Diski Challenge held at Bidvest Stadium on Saturday.

Looking to avoid a third straight defeat, the Bucs Reserves were also in search of a crucial three points that would increase their chances of reclaiming top spot in the standings.

Facing them was a daunting task in the form of the high-flying visitors, who had come off two straight wins prior to the clash.

Clear chances at goal were limited at the start, with both defences holding firm in the opening exchanges.

The hosts’ first close call of the afternoon came just after the half-hour mark when Kamogelo Seemela found himself in a good position to shoot just outside the penalty area, but his grass-cutting shot rolled just wide of the target.

Kopano Thuntsane was called upon five minutes later, and his quick reflexes were the difference as he kept out a well-struck shot in a one-on-one situation with Wandile Duba.

Boitumelo Radiopane got even closer to breaking the deadlock three minutes from the break when he was played in by Seemela, but sent his shot straight at Chiefs keeper Karabo Molefe.

The visitors could have pushed ahead with their first attack of the second half, but striker Keletso Sifama’ shot at goal was way off target.

A promising period on attack continued for Chiefs as Mthokozisi Balakazi drew another fine save off Thuntsane in the 63rd minute.

Radiopane and Siphamandla Mdunge both had moments where they needed a teammate to turn the ball into the net in the game’s dying moment, while Thuntsane was kept busy at the other end, making saves to deny Aiden McCarthy and Balakazi.

Despite a tensely-fought 90 minutes, no goals were forthcoming as the Bucs Reserves had to settle for their second goalless stalemate of the season.