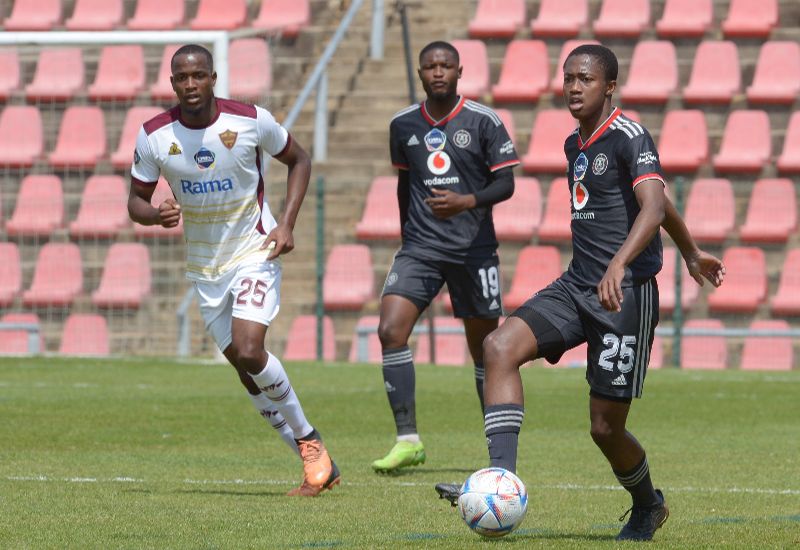 Orlando Pirates Reserves had to settle to a point at home as they played to a goalless draw against Stellenbosch Reserves at Rand Stadium.

The Bucs Reserves were out to claim a second win in as many games after their Soweto Derby triumph in the opening weekend, and were up against a side desperate to get off the mark after losing their season opener.

It was a subdued start to proceedings, with real opportunities at goal few and far between in the opening 45 minutes.

Pirates winger Gomolemo Khoto had a chance to make it 1-0 five minutes in through some good work on the left flank, but a timely deflection inside the box took the sting out of his shot at goal, with the keeper making a comfortable save in the end.

He continued to cause trouble for the Stellies defence 15 minutes later as he managed to navigate through a tight space near the touch line before finding Surprise Matjeni on the inside, with the Bucs attacker sending his shot wide.

Pirates Reserves goalkeeper Allesandro Du Plessis was called upon for the first time in the 25th minute when he stepped out of his line to deal with a dangerous corner kick from the visitors, and he came out tops as he cleared the threat.

The home side controlled possession for the remainder of the first half, but weren’t able to find a way through the Stellies Reserves’ defence, which held firm to send the two sides into the tunnel with the score at 0-0.

The visitors continued to sit deep in their half in the second half, but a more purposeful display from the young Buccaneers threatened to cut holes in the defence.

The pace of Siphamandla Mdunge on the right caused problems for the team from the Cape Winelands, and he was thwarted by a well-timed block as he attempted to create some magic deep inside the opposition’s half.

The game’s best opportunity came in the 61st minute, and it fell to Samukele Kabini, who advanced down the right before striking the upright with the keeper well beaten.

The Buccaneers continued to push, but were forced to try their luck from range with Stellenbosch committing men at the back.

Wing-back Siyabonga Ndlozi struck wide from range, before second half sub Bheki Mabuza followed that with a similar outcome from a dead-ball situation.

Despite controlling the tempo of the game, the Bucs Reserves were unable to penetrate a resolute defence and had to settle for a point to take their tally to four points in their two games.