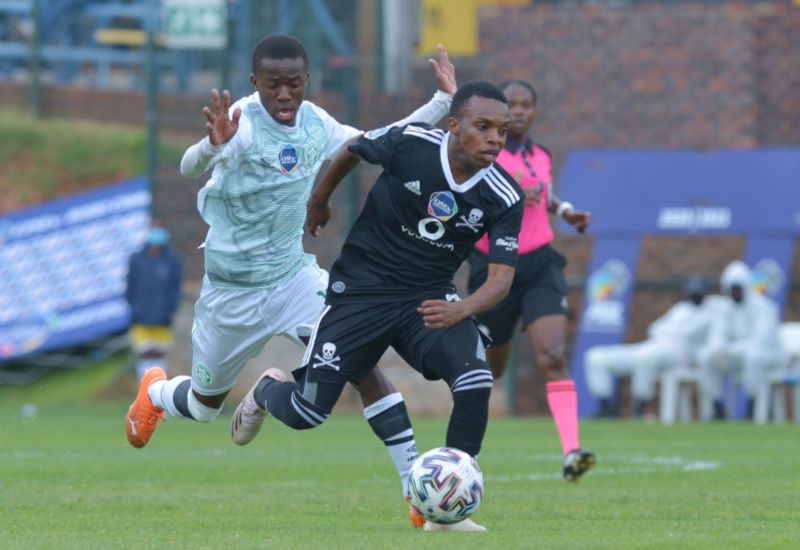 Orlando Pirates Reserves claimed their second win in as many DStv DiskiChallenge REwired fixtures, as they defeated their Bloemfontein Celtic counterparts 2-1 at Bidvest Stadium on Saturday.

The victory sent the young Buccaneers to the top of the Stream 2 standings, leapfrogging Mamelodi Sundowns, who will be in action on Sunday.

It was not the best of starts however for Mandla Qhogi's charges, who conceded inside the opening ten minutes following miscommunication at the back.

With goalkeeper Elson Sithole nowhere near his line, Celtic pounced on the error to take an early lead.

Following that goal, most of the attacking was made by Pirates, who enjoyed more possession as well as territory for much of the first half.

Just after the half-hour mark, the breakthrough finally materialised through the in-form Boitumelo Radiopane, who received a ball at close range and turned it into the net for the equaliser.

The attacker, who had netted a brace in the Bucs Reserves' previous outing, made sure he repeated the feat right on the stroke of halftime, as he surged into the box, backing himself to create enough space to shoot right on the edge of the penalty area to hand his side the lead.

The second half could have been all about game management, but Pirates sought to extend their advantage by camping into their opponents' half.

Despite a few chances, the Bucs Reserves could not extend their lead, but claimed a crucial three points, maintaining a 100% record, which bodes well for the shortened competition.