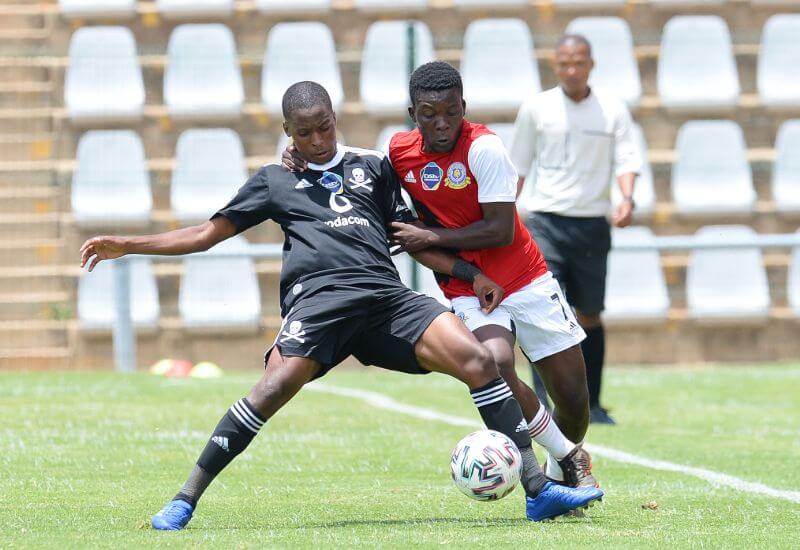 Orlando Pirates Reserves ran riot against Tshakhuma Tsha Madzivhandila (TTM) Reserves in their DStv Diski Challenge encounter at Rand Stadium, beating them 4-1 to bag their second win of the season.

The match was a historic first encounter between the two sides, with the Limpopo outfit debuting in the competition this season.

Having lost both their two opening games, TTM got off to the worst possible start, conceding a penalty in the opening 15 minutes.

Boitumelo Radiopane, the man who would be the hero for the day, was entrusted with duties from the spot, and made no mistake as he put the young Buccaneers in the lead.

The hosts went into the tunnel 2-0, with Radiopane responsible for both goals after doubling the lead in the 34th minute.

The second half got off to a flyer, as Lesiba Mahlong wrote his name on the scoresheet to make it 3-0 just two minutes from the restart.

Another foul inside the box by the visitors allowed Radiopane the chance to complete his hat-trick, and he did just that, making it 4-0.

Just as it seemed as if the Buccaneers were running away with it, TTM pulled one back just inside the hour mark.

That was the last of the five goals scored on the day, with the Pirates Reserves making it two wins in as many matches, remaining unbeaten with three matches played so far.