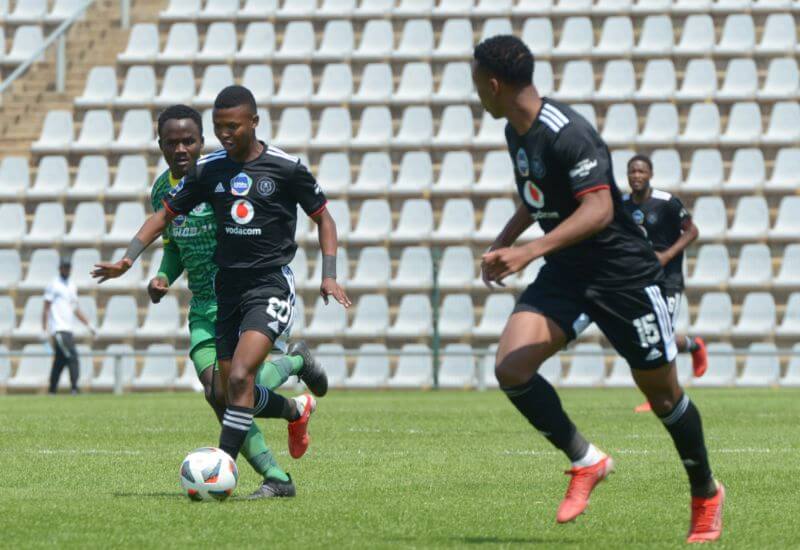 Orlando Pirates Reserves bounced back from their previous result to earn a hard-fought 2-0 victory against a determined Baroka in their DStv Diski Challenge fixture played at Rand Stadium on Saturday.

Fresh off a disappointing 3-1 defeat in their last outing, the young Buccaneers looked to return to winning ways against a side that was also licking their wounds after a poor result of their own.

After being placed under siege from the first whistle, the Bucs Reserves quickly found their feet as they controlled proceedings in the opening ten minutes.

Shots from Mpumelelo Ndaba and Morapedi Ralenkoane forced the keeper into action early on, but without poising a considerable threat.

It would take until the 26th minute for the hosts to make a breakthrough, and that came through Ralenkoane who was in the perfect place to collect a rebound from a corner before placing the ball low into the back of the net.

The goal seemed to have spurred the Buccaneers into action, with Nkosinathi Themba falling just inches wide with a volley just three minutes later.

It was, however, the visiting team who had the stronger finish to the first half, with Bucs Captain Kopano Thuntsane called upon to make a few saves.

Mohau Nkota looked to double the lead early in the second half, creating space for himself at the edge of the box before his shot was blocked by the keeper.

This was followed by a sustained period of dominance from the visitors, who went in search of the equaliser.

However, the Buccaneers’ defence remained resolute in limiting the threat posed by Bakgakga.

The hosts regained control of the contest inside the final ten minutes and were rewarded when Simiso Bophela located Nkota inside the box with a cross from the left, and the latter calmly slotted the ball in the back of the net to make it 2-0 with three minutes on the clock.

Baroka launched one final attack, which was thwarted when Thuntsane made a reflex save to keep out a volley from close range.

The scoreline remained unchanged, with the Bucs Reserves claiming their fourth victory of the season to retain a spot in the top half of the table.