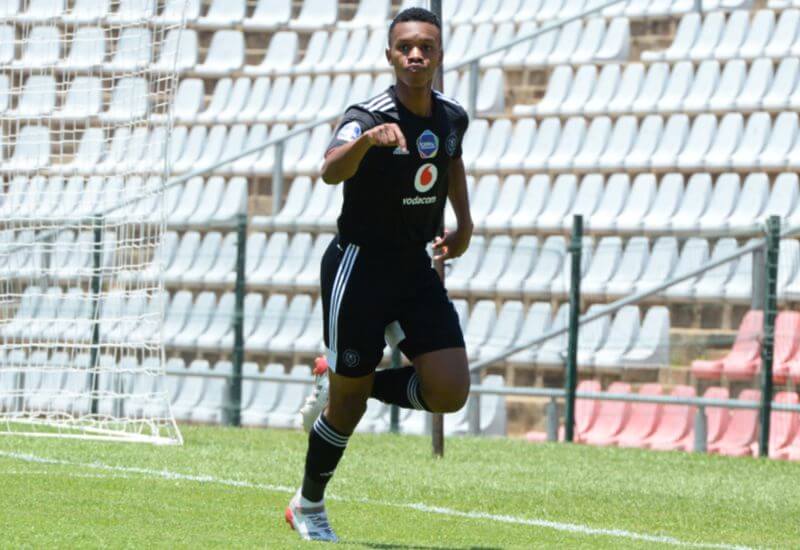 Orlando Pirates Reserves ran riot at Rand Stadium to claim an impressive 6-0 win against their Marumo Gallants counterparts on Saturday.

The hosts were back on home turf after clinching their third win on the trot, and were looking to stretch their winning run even further.

It took just second for the Bucs Reserves to get on the scoresheet as Siphaandla Mdunge threaded a neat pass to an unmarked Boitumelo Radiopane, who chipped the keeper to claim his fourth goal in three matches.

Gallants immediately set off in trying to equalise, and enjoyed a brief period of territorial dominance inside the first 10 minutes.

Pirates keeper Kopano Thuntsane was called upon to make a fine save, diving to his left to keep out a well-struck shot that looked destined for the back of the net.

The hosts however quickly wrestled back the initiative and came close in the 15th minute when Sonwabo Khumalo volleyed from the edge of the box, but slightly overhit his shot.

They continued to push forward throughout the middle period of the first half, and could have benefited from a stroke of luck in the 33rd minute when a long ball from Captain Thabiso Monyane forced an error from the keeper, with Radiopane lurking close by. However, the defence recovered well to clear out the danger.

Gallants began threatening again towards the end of the first half, but the goal would come at the other end when defender Ndumiso Ngiba rose the highest from a corner to head home for Pirates second.

The second half was all Buccaneers, who spent a considerable amount of time on attack before the floodgates eventually opened.

The goal which got things rolling came in the 69th minute through the boot of the in-form Mohau Nkota, who fired in with a powerful shot from just inside the box.

The teenager was not done as just two minutes later, he repeated the feat to complete his brace.

Despite being well in the lead, the Bucs Reserves did not hang back and were rewarded again in the 77th minute when Keegan Mitchell played in Monyane, who made no mistake from close range.

Just as it seemed as if there would be no further goals in the contest, Radiopane popped up on the right flank, dancing past two defenders as he cut in to net his second and Pirates’ sixth of the match.

That would be the final act of the game as the Buccaneers collected another three points in the most emphatic style.