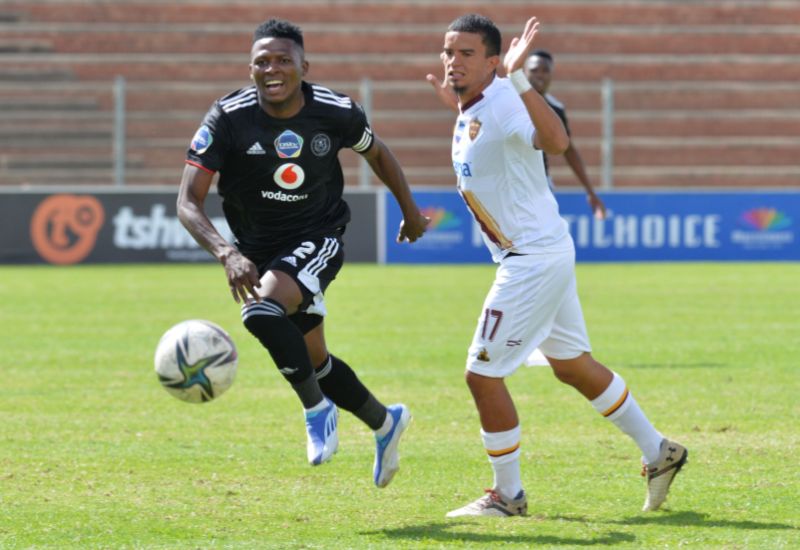 Orlando Pirates Reserves suffered a costly defeat in their chase for a maiden DStv Diski Championship title, as they fell to a 2-1 defeat against their Stellenbosch FC counterparts at Makhulong Stadium on Saturday.

Just one point separated the two sides at the top of the standings heading into the fixture, and a three-point haul would go a long way in putting either team in good stead as they marched into the last two fixtures of the campaign.

The Buccaneers, billed as the home side on the day, were forced on the back foot as they were made to do most of the defending early on in the encounter, with the men from the Cape Winelands starting off as the brighter of the two sides.

At the other end, Pirates had an opportunity in the tenth minute, with the competition’s leading goal-scorer Boitumelo Radiopane getting on the end of a looping cross into the box by captain Thabiso Monyane, but sending his header out for a goal kick.

The contest remained a tight one, with neither side letting up in the middle of the field, while opportunities were snuffed out around the final third at both ends.

The Bucs Reserves headed into the break with a slim advantage when defender Ndumiso Ngiba provided the breakthrough right before the stroke of halftime as he headed in from close range to make it 1-0.

Determined to keep their chances of their own maiden title alive, Stellenbosch were the brighter of the two sides as they emerged from the tunnel.

Their efforts were rewarded soon after the restart when they drew level five minutes after the break.

An intense 40 minutes ensued, with the Bucs Reserves spending the majority of the half a man down as Ngiba was handed his marching orders after collecting his second yellow card of the day.

Stellenbosch made their numerical advantage count in the 63rd minute, as they picked up their second goal of the afternoon to take the lead for the second time in the encounter.

Pirates’ pursuit for the equaliser was fraught with misfortune as Njabulo Mndebele, then Monyane both failed to find the target, before Cassius Spandiel had the ball in the back of the net, shortly before his celebration were cut short by the raised offside flag.

Late substitute Mohau Nkota got close through a free-kick, but only succeeded in drawing a save from the keeper with eight minutes remaining on the clock.

It was not to be for the Buccaneers youngsters in the end, with Stellenbosch tightening their grip on top position on the final stretch.