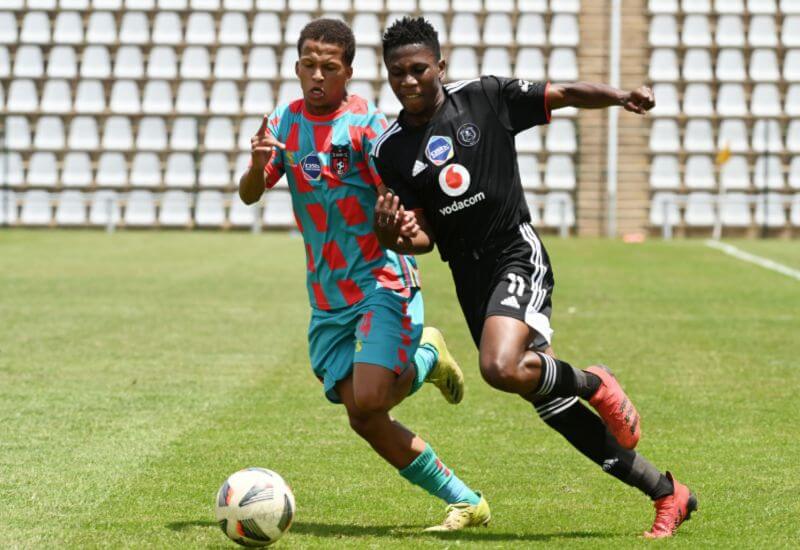 Orlando Pirates Reserves suffered a 2-0 defeat at the hands of their TS Galaxy counterparts at Rand Stadium on Saturday.

The result brought to an end a run of eight DSTV Diski Challenge wins for the hosts, while the visiting team made it two wins in as many matches.

Having made a habit out of asserting their dominance quite early on, it was not the case on this occasion for Mandla Qhogi’s troops, with early chances falling to the visitors.

Starting his first game this season, Bucs goalkeeper Ephraim Mothibedi was called upon twice inside the opening ten minutes, and made two good saves to thwart Galaxy.

Pirates Reserves looked uncharacteristically disjointed for much of the first half, with most of the play occurring inside their half of the field.

They were punished on the half-hour mark after failing to clear a corner, resulting in Galaxy drawing first blood to make it 1-0.

This jolted the Bucs Reserves awake as they camped inside the visitors’ half, but without making any real headway.

The Buccaneers emerged from the tunnel much more assured, and had their first out and out chance of the entire game when Lungile Makambi found Boitumelo Radiopane with a cross before the Bucs attacker headed straight to the keeper.

It continued to be one-way traffic in favour of the hosts, but the next goal came against the run of play in the 58th minute with Galaxy employing the counter to great effect on their way to notching up their second goal.

Second half sub, Andiswa Sithole could have pulled one back for the home side in the 62nd minute as he linked up with Radiopane, but his shot was blocked by the defence.

Njabulo Mndebele followed that up with an ambitious shot from long range, which caught a deflection to fall kindly for the keeper.

With time running out, the Bucs Reserves sent men forward, but a resilient defence continued to thwart their efforts.

It was not to be the host’s afternoon, with Galaxy hanging on to claim victory.