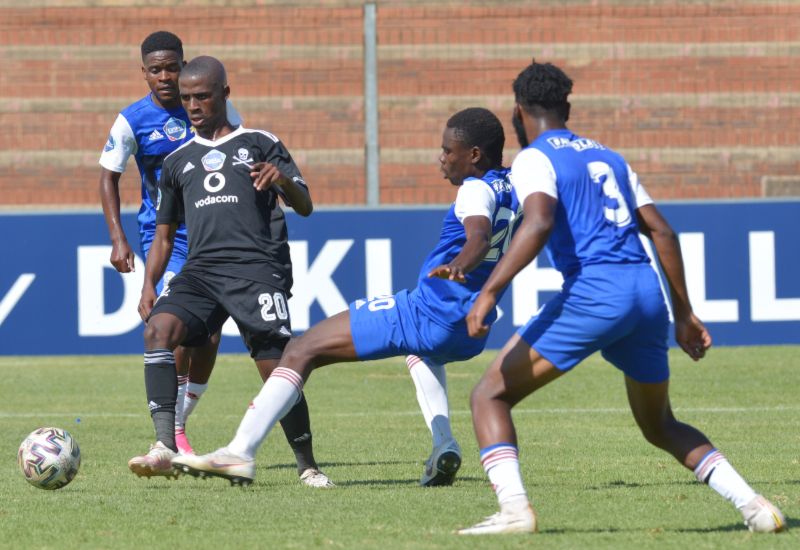 Orlando Pirates Reserves suffered their first defeat in DStv Diski Challenge REwired, as they were on the wrong side of a 2-1 scoreline against their Tshakhuma Tsha Madzivhandila (TTM) counterparts at Makhulong Stadium on Tuesday.

It was a battle of two teams on opposite ends of the Stream 2 table, with the Soweto Giants going in with maximum points in their opening three matches, while the Limpopo-based outfit had a single point to show for their two outings.

Those who had tuned in did not have to wait too long for the opener, and it came against the run of play when TTM's Nkosinathi Msimango finished off a fine counter in the third minute to hand his side the lead.

The Bucs Reserves launched their pursuit for the equaliser, as they spent a good chunk of the first half camped in TTM half of the pitch.

While their territorial advantage proved to be in vain, it was not without chances, with Sifiso Luthuli and Boitumelo Radiopane both getting chances at goal, while the latter set up Siyabonga Buda, who went for goal from long range, only to send his shot just inches over the bar.

Luthuli could have drawn level early in the second half when he connected with a set-piece from out wide, but only succeeded in brushing the outside of the crossbar with his header.

The Buccaneers were meant to rue their missed chances as TTM pulled further away, again with the help of a counter, as Itumeleng Selemela cut inside before finding the top corner with a fine strike.

They pulled one back just 13 minutes before the final whistle, with Radiopane needing two bites at the cherry before netting his sixth goal of the season with a neatly-placed shot into the corner.

The teenager could have netted his third brace of the campaign soon after, but did not find the necessary connection to trouble the keeper.

In the end, it was not to be for the young Buccaneers, who were upset by the newcomers in their pursuit for a playoff spot.