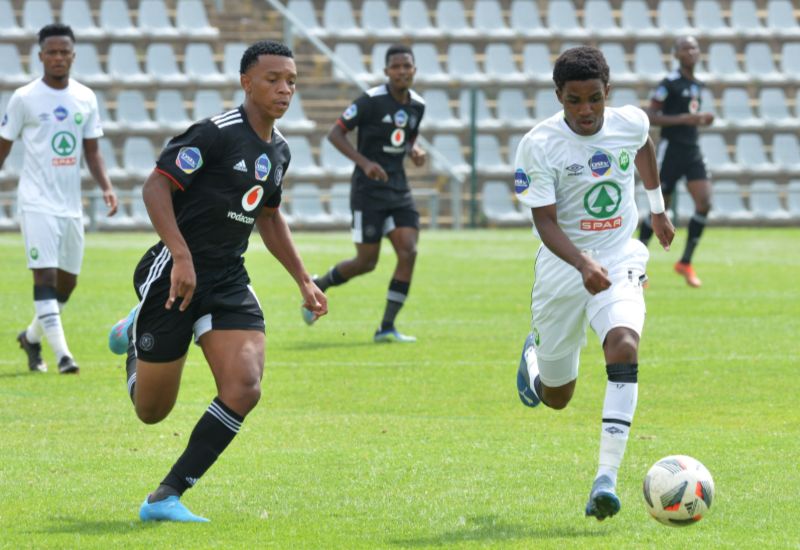 Orlando Pirates Reserves’ title chase suffered a setback when they lost 3-1 to their AmaZulu counterparts in their DStv Diski Challenge encounter on Saturday.

The young Buccaneers went into the clash still perched atop the standings, with one point separating them from their closest championship rivals.

They began the game with some intent, attacking from wide through Captain Thabiso Monyane and Lungile Makambi, who were both prominent in the hosts’ early surges forward.

Midfielder Sonwabo Khumalo had the first real shot on target just after the 10-minute mark as he attempted to curl one into the top corner, but his left-footed effort floated just wide.

Monyane had the opportunity to put the Bucs Reserves ahead through a set piece in the 25th minute as he went straight for goal from a tight angle, only to land the ball on the top of the net.

A resolute defence from the visitors ensured that the hosts’ early dominance would not translate to chances at goal as they kept the middle part of the first half rather quiet.

This was until six minutes from the break when Monyane was played in by Makambi before his low shot at goal was kept out by the keeper.

A tensely-fought first half ended goalless, but the deadlock was broken three minutes after the break when AmaZulu edged ahead.

The Durbanites however did not enjoy their lead for too long, with Pirates hitting back through a stunner of a goal from Nkosinathi Temba, whose low powerful shot from range made it 1-1 in the 52nd minute.

The home side then looked to take the lead, sending men forward in numbers, but the next goal would emerge at the other end when the visitors’ counter-attacking tactics paid dividends as they stretched the Bucs defence to regain their lead seven minutes later.

AmaZulu looked content with their one-goal lead as they sat back in defence, absorbing Pirates’ unrelenting barrage of attacks.

Defender Cassius Spandiel could have been an unlikely hero in the dying moments, when he kept high to meet a cross from Monyane, only to end up heading just wide.

Usuthu however had the final say when they grabbed their third goal in the final minute of regulation time, condemning the Buccaneers to what could prove to be a costly defeat.